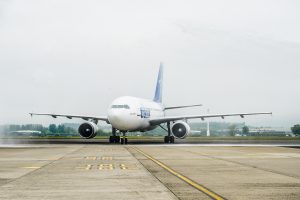 Two Transat pilots charged Monday for allegedly preparing to fly from Glasgow to Toronto while under the influence of alcohol remain in a Glasgow jail after appearing in court yesterday.

Jean-Francois Perreault, 39, and Imran Zafar Syed, 37, were remanded in custody and are scheduled to appear again within eight days.

It’s reported that both are charged with threatening or abusive behaviour and performing an aviation function while over the legal alcohol limit. No pleas or declarations were made during the Tuesday hearing.

Air Transat accommodated passengers, who were delayed 24 hours, with a free hotel stay, a meal and $200 worth of travel vouchers.