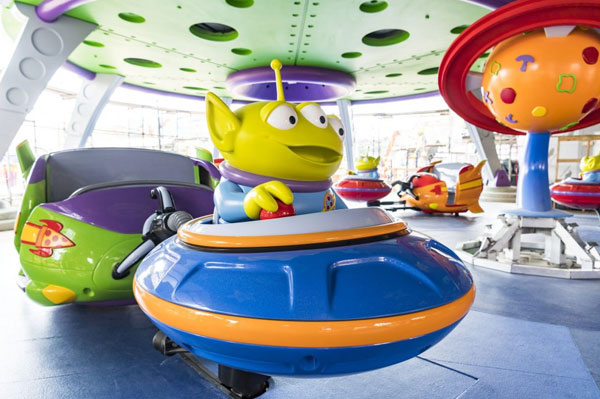 As the countdown continues to the opening of Toy Story Land on June 30, more “toy-riffic” news is emerging for the colourful new land coming to life at Disney’s Hollywood Studios in Florida.

Guests will “shrink” to the size of a toy as they enter into this land full of everyone’s favourite toys, building blocks and game pieces. Across 11 fun-filled acres designed to recreate Andy’s toy-filled backyard from the Disney·Pixar “Toy Story” films, guests will be fully engaged in the world where Woody, Buzz, Jessie and all their pals come out to play.