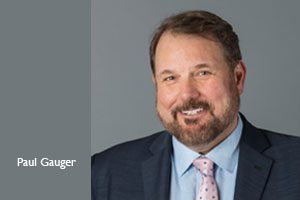 The appointment comes on the back of a recent global reorganization at VisitBritain which aims to revitalize Britain’s brand proposition in North America and continue to build growth markets in Latin America.

Newly released data from the UK Office for National Statistics reveals that 2015 was a record-breaking year for travel to Britain and visits from the US, Canada and Brazil rose almost 10%. Spending from the US, the UK’s most valuable source market, grew by 2% to £3 billion, a record and the first time any single market has spent more than £3 billion.

In his new role, Gauger will lead the consumer and B2B marketing strategy to grow outbound tourism in the Americas. He will implement a new organizational strategy, amplify the GREAT Britain: Home of Amazing Moments #OMGB campaign; build VisitBritain’s commercial capabilities across retail and product development, put in place market digital and content strategies and forge strategic local partnerships across the three regions.

Gauger joined VisitBritain in 2003 and has held senior roles within the organization, most recently the global head of International Media & Destination PR based in London. He was previously based in New York for five years as VisitBritain’s communications director, Americas, a role that has given him profile, strong industry contacts and deep market knowledge in all three markets in which VisitBritain has offices.