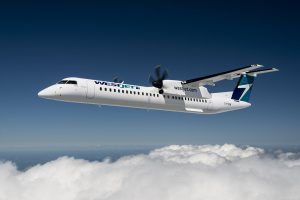 WestJet has launched its new route between Quebec City and Montreal, the airline’s first non-stop flight within the province of Quebec.

“WestJet’s introduction of our first-ever point-to-point service within Quebec brings lower fares and an elevated inflight experience to ‘la belle province’ and is the next step in our mandate to become a truly national carrier,” said Charles Duncan, president, WestJet Encore.

The Quebec-City/Montreal route is operated by WestJet’s regional airline, WestJet Encore, on its fleet of Canadian-made Bombardier Q400s.