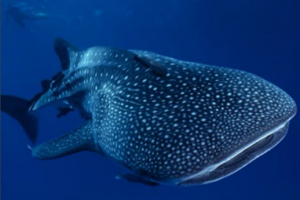 Bucket list travel has become a huge trend with travellers, and one item on many lists is swimming alongside whale sharks, the largest fish in the sea.

Between June and September each year, the largest aggregations of whale shark in the world can be found off the coast of Isla Holbox, Mexico, also known as Isla Mujeres, making it an ideal spot for sightings and interactions. While whale sharks grow up to 40 feet long and weigh up to 20,000 pounds, officials say they are harmless, plankton eaters, making swimming with these exotic creatures a must when planning a trip to Mexico.

According to officials, tours are safe for both visitors and the whale sharks, as tour companies have developed measures to ensure all are protected. As these creatures arrive to the island, the entire community on Holbox is dedicated to their safety and preservation. Rules include no touching (as this can cause stress), no diving, keeping a 10-foot distance and only allowing a maximum of three swimmers at a time.

Along with whale sharks, visitors can also spot sea turtles, manta rays, barracudas and hundreds of other sea creatures. Holbox is also home to a protected bird sanctuary, giving tourists a chance to see flamingos and other sea birds up close. 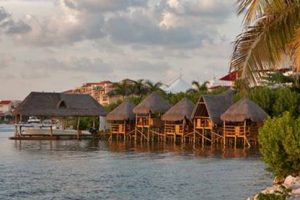 Located in the state of Quintana Roo, Holbox is also known for its idyllic landscapes, cuisine and the beauty of Mayan monuments. The Underwater Art Museum, the House of Ixchel and El Garrafon Aquatic Park are also among the attractions the region has to offer.