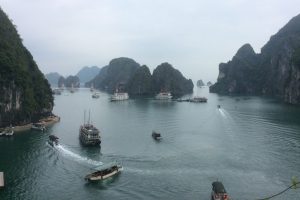 The World Health Organization (WHO) has declared that zika is no longer an international health emergency, a move welcomed by Aqua Expeditions, which operates luxury riverboats in the Peruvian Amazon and the Mekong River.

The company reports that it has already seen a spike in bookings following WHO’s move.

Aqua Expeditions operates the Aria Amazon in the Pacaya Samiria Reserve from Iquitos, Peru, the world’s most remote inland port. Aqua was the first adventure travel company to introduce five-star cruises on the Amazon River in Peru and on the Mekong River in Vietnam and Cambodia. Aqua Expeditions’ 16-suite Aria Amazon vessel entered service in 2011, and features floor-to-ceiling windows, Jacuzzi, gym, sundeck and Peruvian cuisine.

In October 2014, Aqua Expeditions expanded to Indochina with the launch of the Aqua Mekong with 20 design suites, sailing the historic Mekong River between Cambodia and Vietnam.