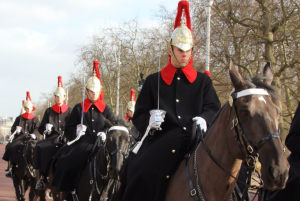 London, England has set a new tourism record with more than 30 million visitors descending on the city last year, drawn by global sporting events such as the Rugby World Cup and blockbuster exhibitions at its museums and galleries, according to new figures released.

A record 31.5 million Great Britain residents and international tourists came to the city in 2015 – which is an increase of 20% when compared to five years ago.

London keeps setting new tourism records. Every year since the London 2012 Olympic and Paralympic Games there has been an increase in the number of international visitors coming to the city.
International and GB visitors also spent £15 billion on hotels, restaurants, shopping and attractions — an increase of 35% compared to 2010.

Exhibitions, theatre and major events including Cosmonauts: The Birth of Space Age, at the Science Museum, Alexander McQueen: Savage Beauty at the V&A, The Elephant Man at the Theatre Royal Haymarket and the 2015 Rugby World Cup all helped to draw visitors to the city.

This year is set to be another momentous year as the UK celebrates 400 years of Shakespeare’s lasting legacy, events to mark the Queen’s 90th birthday and Tate Modern opening a major new extension, which is being hailed as the most important new cultural building in the UK since the British Library in 1998.