Home › Digital Post › A destination that agents need to experience

A destination that agents need to experience 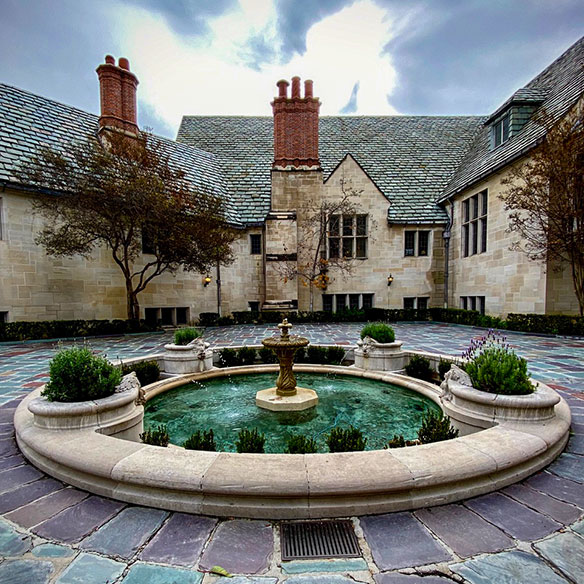 [In a special to Canadian Travel Press, photographer and writer, James Donald offers a first-hand look at West Hollywood and, in doing so, has quite an experience]

What comes to mind when you picture West Hollywood? A-list Oscar and Emmy parties? The Sunset Strip? Eclectic LGBTQ+ friendly Santa Monica Boulevard? The West Hollywood design district? The home and playground for many celebrities?

Well, for travel agents on a recent trip to West Hollywood, they certainly had a chance to find out some of the answers to these questions.
Arriving at LAX from various Canadian cities, our group piled into a shuttle and made its way to The West Hollywood EDITION, where – beside a stunning mahogany bar with five massive shelves holding various tempting spirits – we raised a glass to our new home for the next three days.

The West Hollywood EDITION is located on the corner of West Sunset Boulevard and North Doheny Drive, where West Hollywood meets Beverly Hills. It features 140 guest rooms and 48 suites with two penthouses; along with 20 luxury residences and over 6,500 square feet of meeting and event space. It also boasts inspiring and sophisticated outlets which include a signature restaurant, lobby lounge, basement club, expansive rooftop pool, and a six-treatment room spa.

After some free time, the group took a short walk along Sunset Boulevard to The 1 Hotel West Hollywood. It was very apparent that the hotel took sustainability seriously. The circular room keys were made out of wood. Repurposed wood was a huge part of the decor of the hotel. Chalkboards were in use for event communication and in lieu of note pads in the rooms. Carpets were made out of recycled plastic bottles. The massive living wall and greenery introduced lush and ambrosial smells throughout the hotel. Our group then took in the stunning rooftop view of the LA skyline.

Dinner was at The 1 Hotel’s restaurant, Alice, and there the group enjoyed a warm and friendly introduction dinner. Standouts on the farm-style, four-course menu included the Brussels Sprout Salad with Pink Lady apples, pecans and Pecorino cheese and the Truffle Rice Agnolotti with mushrooms, butternut, sage and walnuts.

The next morning, I ventured up to The West Hollywood EDITION’s rooftop to take some pictures of the sunrise. The hotel staff were very friendly, pointing the way to the outside pool area for the photos. Down on the first floor was the hotel’s main restaurant Ardour. I enjoyed the zesty egg sandwich with chicken sausage, Calabrian chilli aioli, Gruyère cheese. The vegetable-forward California cuisine spearheaded by California native Fraser, features organic produce and meats sourced hyper-locally.

Bikes and Hikes LA met us just outside The West Hollywood EDITION shortly after breakfast. Eric, the ride leader, assigned us bikes to ride, gave us helmets and went over how to safely ride on the streets of West Hollywood.

He stressed that the streets and sidewalks (okay to ride on if there wasn’t a designated bike lane) in West Hollywood were the safest to cycle in the region. The e-bikes acted as regular bikes with the option to be assisted by the self-charging motor.

We rode east on Sunset Blvd and stopped with a view of Whisky a Go Go for some info on the famous music venue. We then cycled a bit further to Barney’s Beanery where Quentin Tarantino was said to have written part of a screenplay.

Along the way, we made several short, but informative stops outside a home designed by architect Frank Lloyd Wright, and homes formerly owned by Marilyn Monroe, Elvis, Ozzy Osbourne and Christina Aguilera.

Putting our e-bikes into “sport” mode, the group easily made its way up some steep and winding hills to Greystone Mansion just outside of West Hollywood’s North east border in Beverly Hills. We parked our bikes and, believe it or not, left them unlocked in a mid-sized parking lot.

“Don’t worry about the bikes, this is Beverly Hills.” Eric said enthusiastically. 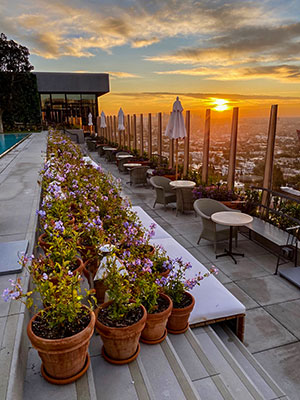 We made our way through the grounds of the famous mansion that was completed in 1928 in the Tudor Revival architectural style. Greystone was commissioned by oil tycoon Ed Doheny for a gift to his son Ned and his family. Only five months after Ned and his family moved in, tragedy struck with a questionable murder suicide of Ned Doheny and his secretary Hugh Plunkett. We peeked in windows as Eric rhymed off some of the 100 or so movies, TV and music videos that were shot at Greystone. Think X-Men, Gilmore Girls, Elton John, Meat Loaf, Robert Downey Junior.
The Greystone Mansion was saved from demolition in 1965 by the City of Beverly Hills which bought the property from industrialist Henry Crown. The grounds and the mansion became a city park in 1971.

Eric brought the e-bike tour to an end outside the newly opened Fresh on Sunset. The Bikes and Hikes LA tour was a fantastic way to quickly take in the history and culture of West Hollywood and the surrounding area.

I’ve been enjoying Fresh’s original plant-based food in Toronto for 20 years. Fresh on Sunset now carries on the superb vegan flare with raw organic cold-pressed juices, power shakes, salads, smoothies, burgers, and fresh bowls. Our group shared and enjoyed the zesty buffalo cauliflower with hemp hearts and celery and quinoa onion rings to start. I grabbed a delightful strawberry swirl smoothie with strawberries, coconut milk, banana and cold pressed organic apple. The beyond cheeseburger came on a wood platter with a beyond meat burger, special sauce, Chao cheese, pickles, red onion, tomato, and alfalfa. The melted Chao cheese was the most memorable on this skewered meatless tower of a burger.

The group made the short walk back to the Edition West Hollywood for a roundtable session with West Hollywood’s prominent hoteliers. The seven-minute rotating schedule kept things lively as group members and hoteliers got to know each other and their business.

From there, the group hopped in Ubers to head to Pump, one of Lisa Vanderpump and Ken Todd’s restaurants. Pump was definitely eclectic, with expansive 100-year-old olive trees, enormous flame lanterns and sumptuous banquet seating that had the feel of old French decadent countryside. We all enjoyed strong well-mixed cocktails, while listening to Pump’s upbeat modern playlist. The Ahi tuna Tartare and the Lobster and Asparagus Fiori were both fantastic. Portions were plentiful, so we passed on dessert.

We were a touch late arriving at the Comedy Store, and some of our group were gracious enough to pass on the venue, so the majority of us could enter the iconic comedy club. We walked into the “Original Room” and made our way to our seats as Chris D’Elia was on stage. As the waitress brought our drinks, Joe Rogan took the stage. I first heard about the Comedy Store through his podcasts, and it was exhilarating to see Joe have a great set at the club. Ali Wong followed Rogan like a champ. Jeff Ross, Erik Griffin, Brad Williams, Tony Hinchcliffe, Tim Dillon, Jak Knight, and Earl Skakel were all fantastic. We left with only a few comics remaining.

Around noon the next day, we walked to the Sunset Marquis Hotel. Rod Gruendyke, the general manager of the luxury hotel was waiting for us just outside the entrance. Gruendyke took us into Bar 1200, which rebranded in 2005 (from The Whiskey Bar) and is frequented by clientele like U2, Aerosmith and the Rolling Stones. We then toured the Morrison Hotel photo gallery which sells music and entertainment prints.

Musicians and stars have been using the hotel as a “home away from home.” and “a place to come when they don’t want to be seen” for almost 60 years.

We followed Gruendyke to the basement of the hotel for a tour of the Nightbird Recording studio. The studio was designed by Jed Lieber, and has amassed 100 Grammy wins from recordings at the studio. Drake, Britney Spears, Katy Perry and Rihanna plus hundreds of other well known artists have recorded in the world class studio. We then toured two spacious villas which Gruendyke said “are already booked up for award season.” 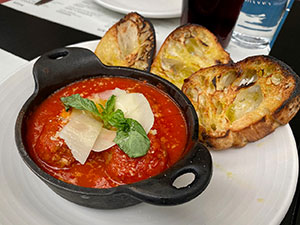 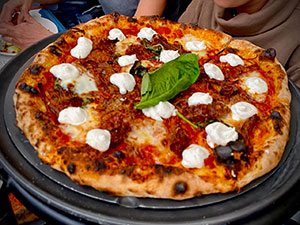 Lunch brought us to the incredibly well-reviewed Pizzana. Pizzana is known for its “slow dough” flour 48-hour fermentation process. I’m still dreaming of the Polpette al Forno, three wood-fired meatballs, San Margano dop and extra wood-fired bread to dip. Pizzas were ordered for the table to share with a fine variety of flavours. Most notable was the Pignatiello – braised short rib, Fior di latte, Parmigiano Crema and basil. Our waiter was very attentive and friendly.

A fun and friendly Gelato-making class at Gelato Festival came next. Our six member group was split into two teams. One made a strawberry sorbet and the other a chocolate gelato. We played a game of guessing ingredients within a handful of small tubs of gelatos. The gelato chef and his assistant had no problem getting our group into the delicious work of Gelato Festival.
Second last stop on the trip was the OG Cannabis Cafe, America’s first cannabis restaurant and lounge. Appetizers ordered for the table were Jalapeño Mac ’n cheese Bites, street corn and vegan nachos. Our “flower host” came to our table and steered those in our group who were up to partaking towards a pre-rolled two pack. The crowd was a real mix of ages and the vibe was welcoming and friendly. If you’re thinking of visiting the cafe, bring your passport.

One of the group members who had missed the Comedy Store the night before was keen to go, so the two of us split from the group heading back to the hotel and made it just in time to wait in line outside the “Main Room.” We were surrounded by two groups of Australian’s and joked with the friendly pair behind us in line that Australians are everywhere. Not long after we found ourselves walking to our seats with Marc Maron telling the crowd jokes about his multiple cats. Jeff Ross had a better set. Is West Hollywood turning me into a comedy critic? Joe Rogan was up next, and it was interesting to see him work out similar material in different ways, improving on yesterday’s set.

As for West Hollywood, it embodies the quintessential LA lifestyle, and travel agents will certainly have no problem convincing their clients that they need to discover this unique destination in the heart of LA. 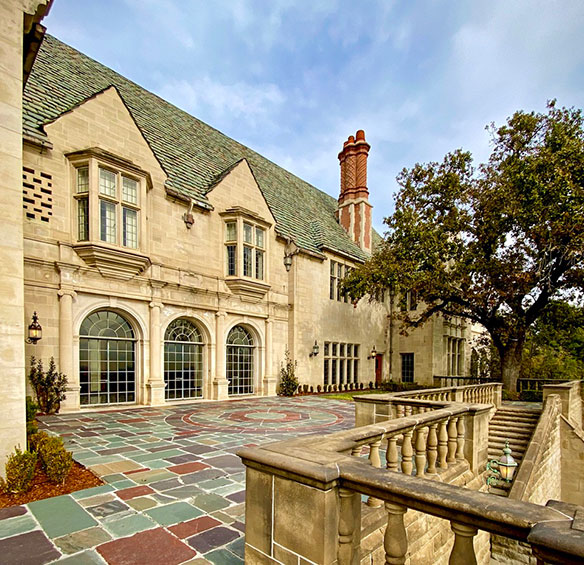