Air travel can easily be a family affair 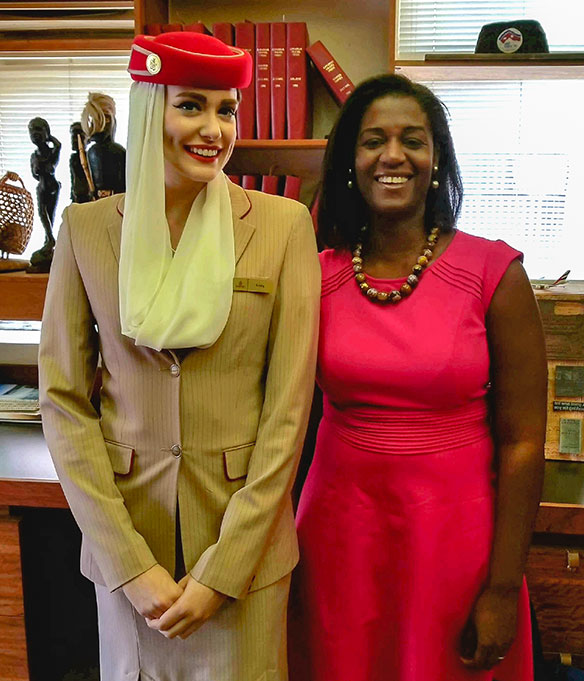 Heather Greenwood-Davis isn’t kidding when she says it can be very rewarding for parents to travel with their youngins.
Greenwood-Davis, a mother of two teenagers who’s visited dozens of countries and who’s on the advisory board of the Family Travel Association, notes she’s travelled with her entire family many times, including an epic year-long journey around the world.
And she hopes that others who may be uncomfortable about the likes of air travel with young children may hear her message that it can be a very rewarding experience.
United Arab Emirates-based airline Emirates conducted a survey that found 45% of respondents were uneasy about travelling with young children, perhaps fearful that their children would be disruptive, possibly banging the seats ahead of them or running up and down aisles, angering other passengers and leaving the parents in an awkward situation.
Emirates also found that young flyers tend to become bored within 50 minutes of starting long-haul journeys, and 64% of parents cited being able to keep children entertained as one of their top concerns during a flight.
“It’s not always easy to have the kids with you,” Greenwood-Davis concedes, adding that it’s sometimes hard to predict how children will behave, while in an “unfamiliar environment.”
But she says she’s learned that occupied airborne children tend to be happy airborne children, suggest-
ing that parents consider bringing the likes of headsets and games to keep their children entertained.
United Arab Emirates-based Kelsey Johnson, who works in Emirates cabin crews, reports her airline has the likes of seats designed for very young children, and youthful passengers will also be able to watch Disney movies and the Nickelodeon channel on their plane’s entertainment system. Both are aimed at young audiences.
There’s a belief that very young children cry while airborne because ears are vulnerable to differences in air pressure at a very youthful age, and Johnson suggests that the likes of chewing gum can help alleviate that situation.
But she adds that in her two years of working with Emirates she’s only had one passenger ask to be relocated because of a loud or unruly child. “People are generally understanding.”
Greenwood-Davis has herself travelled with Emirates, and praises it for “doing a really good job” of accommodating those travelling with young children.
Greenwood-Davis says her family travels have convinced her that the earlier parents help their children prepare for travel, the better that travel will be.
While parents should work to ensure their children will be happy while in the air, that doesn’t mean they should look the other way if their children are being disruptive, she warns.
“I’m not afraid to tell my kids to sit in their seats. Some parents need to remember that they’re still in charge on a plane,” says Greenwood-Davis, who believes in parents applying “consistency of discipline” at home and away.
Greenwood-Davis acknowledges that there are times when it can be nice for parents to travel without their children, enjoying time to themselves, and she also admits that “issues surfaced” on occasion when her family travelled collectively.
But she adds that she’s had few regrets about seeing much of the world with her offspring.
Furthermore, it’s not only very young passengers who can irritate other passengers, she points out.
“There are a lot of adults that I wouldn’t want to travel with,” she adds.