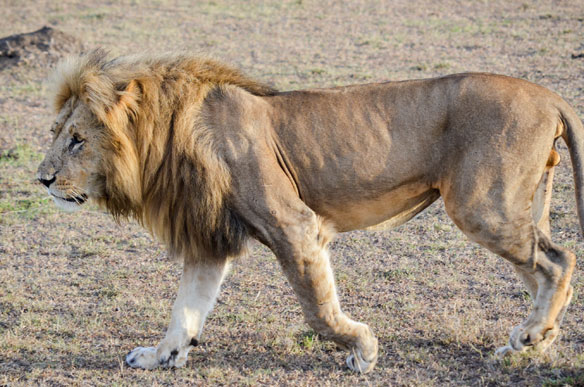 The film “Blood Lions” is no longer being shown at theatres, but the impacts of its world tour in 2016 have spread like a bomb blast. They are driving supplier bans by major booking sites and may even be affecting South Africa’s tourism image.
The documentary spotlights a practice whereby bred lion cubs are raised in captivity, with no intention
of “rewilding” them for their return to the wilderness.
They are instead raised in an enclosed environment where tourists pay for the opportunity to pet and interact with the young lions. 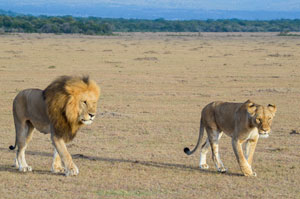 The really disturbing part is that once they grow bigger, beyond the petting stage, some of the tame creatures are sold to operators with darker intentions. Lions are released into larger fenced areas where they have some limited ability to roam – and where they have been selected for death by a
customer who has paid for the experience.
The so-called hunters buy a package that gives them the opportunity to enter the restricted area with a guide, find the oblivious lion and shoot it. One payoff for the cowardly transaction is a lion trophy; another is the sale and export of the bones to Asian nations for use in Chinese potions.
The makers of “Blood Lions” explored this unsavoury business by finding one of these operators in South Africa and posing as keen customers. They used hidden cameras to capture the whole process on how much is paid and the procedures involved, without actually participating in a hunt. Near the end of the film, their cover story is challenged, and the film makers beat a quick retreat, while being threatened by the operators.
By that point in the movie, most viewers are appalled that these so-called “canned hunts” even exist. The publicizing of this practice has galvanized opposition action, both in South Africa and around the world.

Booking site bans
For instance, in July this year, Expedia announced that it would address the root cause of the hunts by removing tours and attractions where participants interact with wildlife. The company says it has partnered with animal protection groups to identify the attractions to be removed over the coming months.
“Relying on guidance from industry-leading wildlife and animal protection groups, Expedia will undertake a thorough review over the next few months and will remove these activities from its websites and other distribution channels,” said the company in a statement. 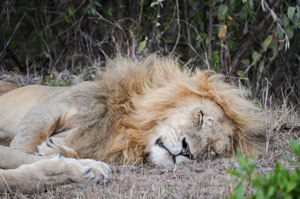 During the hot daytime hours, male lions spend most of their time sleeping.

Expedia is working with groups like the Association of Zoos and Aquariums, U.S. Wildlife Trafficking Alliance, the Born Free Foundation, and Humane Society International.
The bottom line, says Expedia, is that activities involving certain wildlife animal interactions will no longer be bookable on its online travel sites.
In the fall of 2016, TripAdvisor blazed the same trail by banning interactive animal programs for tourists. The travel booking web service dropped hundreds of animal attractions where tourists come into physical contact with captive wild animals or endangered species. These include elephant rides, tiger petting and swimming with dolphins, which are no longer bookable on either TripAdvisor or Viator.
TripAdvisor also committed to the launch of an education portal linked to every animal attraction listing. It will provide links and information on animal welfare practices, helping travellers to write more informed reviews about their experience. These will enable travellers to make more informed booking decisions and improve the standards of animal care in tourism, says TripAdvisor.

Competitive concerns
In Africa, “Blood Lions” has motivated the creation of an industry commitment pledge to help end the practice of canned hunting.
“The feature documentary ‘Blood Lions’ (www.bloodlions.org) has brought the horrors of predator breeding, canned hunting and a variety of other exploitative activities to the world’s attention,” it says. 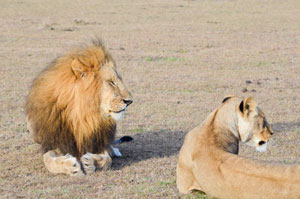 A male and female lion couple rest in the wilderness in South Africa.

“The film is a compelling call to action to have these practices stopped. We, the undersigned African-based safari and ecotourism operators, support ‘Blood Lions’ and its aims. The group includes many leading safari and ecotourism companies across southern and east Africa.”
But some operators have run up against market forces in their attempts to put the pledge into practice as part of their business plans. That is, they have faced losses in customers and income to competitors who ignore the call for bans and continue to offer interactive animal activities.
For instance, the Joburg Lion Park has made the decision to reinstate lion cub petting at its sanctuary after initially announcing that it would be removed from park activities.
In a story by the Traveller24 news website, Lion Park GM Whin Booyens said, “We had every intention of running the new park without cub petting, and we tried to replace this with other activities. Unfortunately, this led to a dramatic and unexpected drop in the number of visitors and tour operators.”
Those customers then took their business to the competition, said the GM. “The high demand for cub petting was causing them to rather visit our opposition where such activities are still offered.” Only the imposition of a government ban would allow a level playing field for all operators, he said.

Tourism brand impacted
In an online posting, a South Africa safari operator based in Johannesburg focused on the lion exploitation issues and said that these are now causing damage to the South Africa tourism brand. Paul Tully, sales and marketing for Captured in Africa, was participating in a webinar with the CEO of South African Tourism, Sisa Ntshona.
Tully said that “we see tourists being put off travelling to South Africa based on the current exploitation of lions in captivity and cub petting.” He suggested that this reflects badly on “brand South Africa” and asked the CEO if he had a response.
Ntshona said that, “South African Tourism does not promote or endorse any interaction with wild animals such as the petting of wild cats, interacting with elephants and walking with lions, cheetahs, and so on. Our marketing efforts promote an authentic and credible tourism experience to all our tourists, and this includes an authentic wildlife experience to keep it as wild and natural as possible.”
Also, the chief marketing officer of South African Tourism has confirmed that the lion-related issues were indeed having an impact on the image of tourism in the country, said Pippa Hankinson, the producer of “Blood Lions.”
CMO Margie Whitehouse acknowledged that canned/captive hunting is both a controversial and an emotive issue, and that this was having a negative impact on “brand South Africa,” said Hankinson, quoting from a conversation she had with Whitehouse in an email exchange with Canadian Travel Press.
A session on Animal Interactions is set to take place at a conference of the Southern Africa Tourism Services Association, upcoming shortly.
The CEO of South African Tourism Sisa Ntshona is scheduled to participate in the session.
Stay tuned for more developments on this ongoing issue in South Africa.