Call it a comeback

Travel to France is blooming 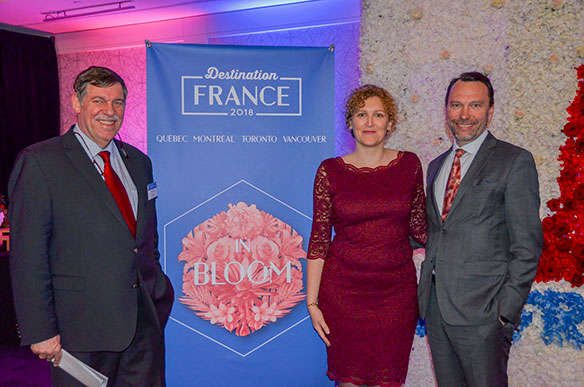 After facing some tumultuous times for tourism – leading to a global decrease in arrivals in 2016, Mélanie Paul-Hus, director for Canada at Atout France, was in Toronto recently to share the good news that travel to France is back in full bloom.
“In 2017, France was back on track,” said Paul-Hus. “Not only did it catch up with the losses over the previous year, estimations lead us to think that it will have exceeded the good results of 2015 prior to the attacks with between 88 and 89 million foreign tourist arrivals.”
Featuring the theme In Bloom to represent France’s recovery after two difficult years, Paul-Hus says the European country has set ambitious targets of reaching 100 million international tourists by 2020, with 50 billion euros in visitor spend.
“As an essential part of France’s economic and cultural development, the tourism industry has a bright future, and all Canadian tour operators, travel agents, journalists and travellers can recommend France as the high-quality, sought after and ever-improving destination it is,” she said.
Of note, she pointed out that Canadian arrivals remained strong in 2016, with the destination welcoming 1,125,000 Canadians, representing an 11% increase over 2015.
“This represents some 11 million overnights and 1.4% of all tourists visiting France,” she said. 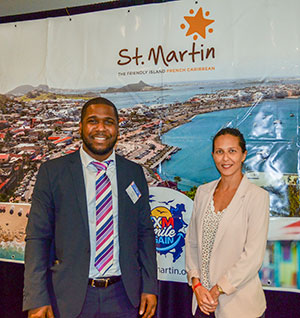 Saint Martin rebounding in wake of Hurricane Irma
Representatives from Saint Martin were also on hand for the four-city Destination France 2018 road show presented with Air France. While the destination dubbed the Melting Pot of the Caribbean is still in recovery mode following the destructive wrath of Hurricane Irma, officials announced Saint Martin is ready to receive visitors.
Alex Pierre, member of parliament for the French Collectivity of Saint Martin and vice-president, Saint Martin Tourist Office, said the beaches have been cleared, 300 of the existing 1,600 hotel rooms (as well as guest houses and villas) are open and ready for business, and WestJet is slated to return direct service to the destination on April 23.
“Saint Martin is on its way to a smooth opening where our future and return visitors will marvel at the recovery,” he said. “We are now entering the territory’s most significant reconstruction phase.”
As part of a 10-year strategic plan for tourism development and reconstruction, Saint Martin will focus on positioning itself as an upscale tourism destination with a focus on its culinary, ecotourism and destination wedding product. Emphasis will also be put on developing its harbour and attracting more luxury cruise lines.
“Tourism is the engine of Saint Martin’s economy,” he said, adding the goal is for considerable recovery of the hotel stock to be ready for the next high season. “Saint Martin has turned a disaster into a triumph.”
ca.france.fr