Cruising Alaska a Joy with NCL 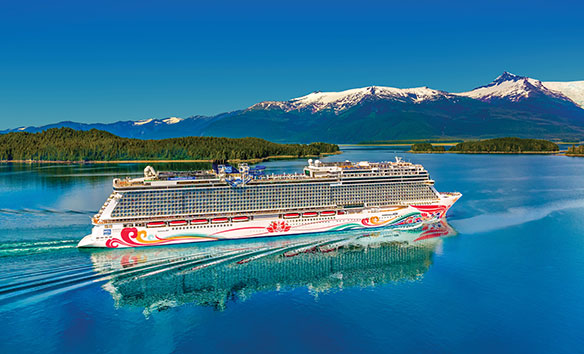 Norwegian Cruise Line (NCL) has enhanced the joy of cruising in Alaska with the deployment of the newly “revitalized” Norwegian Joy to The Last Frontier, joining sister ship Norwegian Bliss.

While in Juneau, history was made as Norwegian Joy and Norwegian Bliss were united, as the ships swapped berths at AJ Dock.

Joy made history again as the largest ship to call to Icy Strait Point, Alaska, a cruise ship-exclusive destination that is Alaska Native owned-and-operated and features more than 20 excursions, including whale- watching tours, ATV and Jeep expeditions, and the world’s largest ZipRider.

Norwegian Joy will also be the first ship to berth at Icy Strait Point’s upcoming ship pier, built in partnership with Norwegian Cruise Line Holdings Ltd. to accommodate the increased presence of the company’s Breakaway Plus class ships, scheduled to be completed for the summer 2020 Alaska cruise season.

Norwegian Joy, which was purpose-built for the Chinese market, was launched in 2017 and home-ported in Shanghai. Before being re-deployed to North America, the ship underwent a US$50 million “Westernization” refurbishment designed to make it almost identical to the Norwegian Bliss.

“We are so happy to bring Norwegian Joy to North America to sail alongside her sister ship, Norwegian Bliss,” said NCL president Andy Stuart. “These preview cruises will allow us to properly showcase this innovative ship to members of the media, as well as our travel partners, who will experience first-hand how incredible she is.” 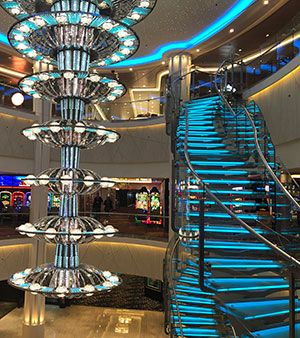 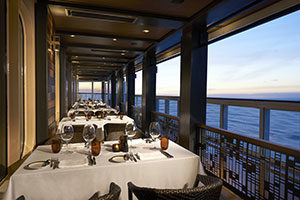 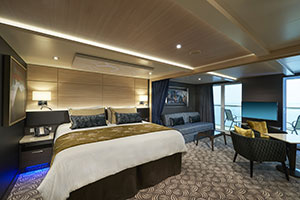 He added, “We took delivery of the Joy two years ago, but it feels like we just took delivery of her again as a new ship. Every carpet has been replaced. There were trees on the Lido, the gym was small, we changed all that. Have you ever renovated the bathroom in your house, and remember how hard that was? Now, imagine what it took to transform this entire ship in just 47 days.”
The 15th ship in the company’s modern fleet of 16 ships – and the second in the Breakaway-Plus Class – Norwegian Joy is one of the most innovative in the fleet, offering such unique features as an on-board go-kart track, open-air laser tag arena and Galaxy Pavilion, a dedicated virtual reality and gaming venue.

It is the only ship in the fleet to offer NCL’s Concierge-level stateroom category, which features spacious suites with 24/7 concierge service and private dining.

And, of course, there’s The Haven, highlighted by luxurious, well-appointed accommodations, as well as 24-hour butler service, concierge service and private restaurant and sundeck.

Like sister ship Norwegian Bliss, Joy has its own (and enhanced) two-level Speedway go-kart track where guests can go for the checkered flag. Other features include Aqua Park with its multi-storey waterslides and Kids Aqua Park, an interactive play area where younger cruisers can splash and play.

Not to be missed is The Cavern Club, featuring a talented Beatles tribute band that will take guests back in time with the best of the best of the Fab Four’s musical catalog. There’s also a casino and the Social Comedy Club featuring top-named comedians.

When it come to relaxation, passengers can check out the Mandara Spa, offering an assortment of treatments, as well as a beauty salon.

Joy will continue to call to Alaska through Oct. 5, offering seven-day Alaska cruises with calls to Ketchikan, Juneau, Icy Strait Point and Skagway, Alaska, as well as Victoria, BC.

NCL’s top things to do on an Alaska cruise vacation

Alaska is a big state with a wealth of must-see attractions and activities. The following are recommended by Norwegian Cruise Line officials:

Cruise the Inside Passage: Get up close and personal with the glaciers and fjords, while keeping all of the comforts of home. Cruising through the inside passage offers guest unmatched 360 degree views of Alaska.

Witness the Midnight Sun: Enjoy late night activities under the Midnight Sun. Long summer days take on a new meaning in Alaska. If you are travelling in the summer this is a great chance for you to experience the Midnight Sun. Due to the earth’s tilt, areas close to the North Pole receive much more sunlight than what we are normally used to.

Take a Sled Dog Kennel Tour: If you have the time, make sure to stop by a local Iditarod Sled Dog kennel. Feel the tradition come alive as tour guides discuss the origins of sled dog racing, as well as its transformation into the exciting (Official Alaskan State) sport it is today. If you want an even more authentic experience, have them bundle you up in the sled like a real musher and glide you across the glaciers behind the reigns of several Alaskan Huskies.

Appreciate Alaskan Wildlife: An Alaskan vacation would not be complete without taking the time to admire the wildlife. Whether you want to spot a bald eagle or a black bear, Alaska is the place to do it. For some great animal sightings visit Denali National Park, which spreads to six million acres with only a few established trails. For even more history, partake in the four- to five-hour Denali Natural History Tour, managed and operated by the National Park Service. For those who are not too keen on hiking, another great way to spot some wildlife is on an Alaskan cruise (bring your binoculars and head out to the open deck). 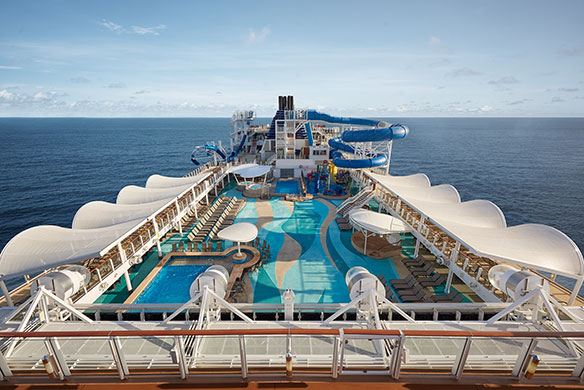