An ace in Jamaica 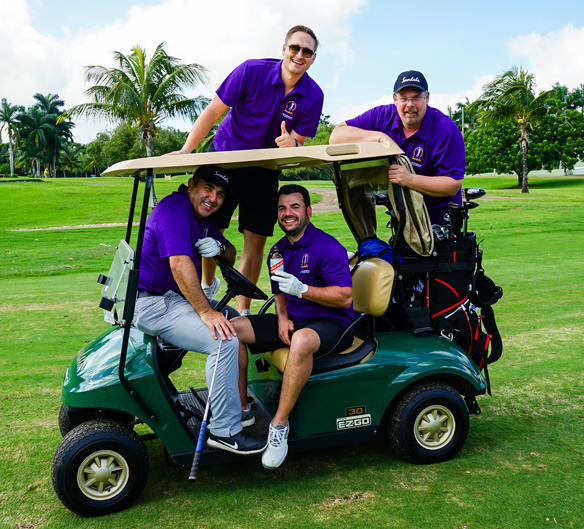 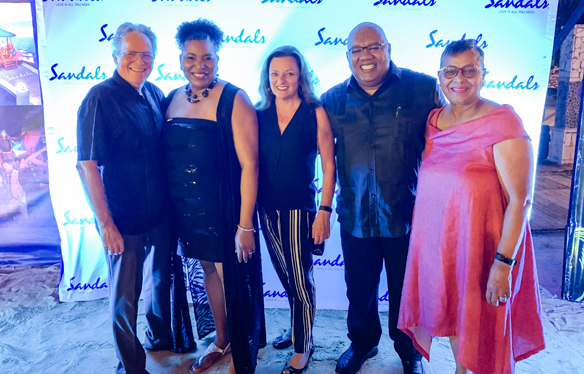 Presented by Baxter Media and Sandals Resorts, the special milestone anniversary gave Gary Sadler, sr. VP of sales for Unique Vacations, Inc., the worldwide marketing company for Sandals and Beaches Resorts, the opportunity to reflect on the history of the event.

“The concept at the time, 25 years ago, was actually quite simple: recognize Canadian travel agents, take them to a Sandals resort, partner with the premiere travel travel publication in Canada, and you will have some sort of a chemistry and a magic,” he said, addressing the nearly 100 travel agents, tour operators, airline reps and travel agency personnel who took part in the event. “I remember 25 years ago when we had our first golf tournament, and we started something that we believed was the right thing to do for the Canadian travel industry, which is to get a bunch of people, take them down to Jamaica, they come down on a Thursday, they get drunk and disorderly. Travel agents continue to be the most important part of our distribution chain.” 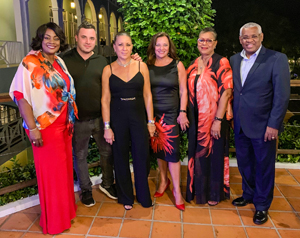 Angella Bennett (l), regional director – Canada for the Jamaica Tourist Board in Canada, and David Shields, vice president of sales at Island Routes (r) were just a few of the guests on hand for the 25th annual Canadian Travel Industry Golf Tournament.

“Both Sandals and Baxter know the value of travel agents and want to recognize that,” said Wendy McClung, executive VP of operations, Baxter Media. “Over the 25 years that we have been hosting the golf tournament at Sandals Ochi, we have been able to say thank you in person to all. We look forward to continuing to build on existing relationships and creating new ones.”

In addition to golf, the festivities included evening functions and cocktail receptions like an outing to Beaches Ocho Rios with special guests like Oscar the Grouch, Cookie Monster and Abby Cadabby.

“I just want to congratulate my team here, my colleagues Mathieu [Delevoy], Melina [Mastropasqua] and Melanie Maisonet, they’re here because they were voted by their peers as role model employees, hard workers with great team spirit and for always going the extra mile,” he said. “It’s an enjoyable event and a great way for us to spend time with the travel agency community, so we can continue to build strong bonds to better serve our collective customers.”

Coulombe also pointed out the airline’s longstanding footprint in the destination, with 71 years of service to Jamaica. 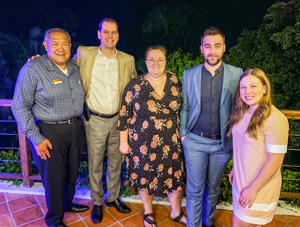 Members of the Air Canada Vacations team got nominated by their colleagues to take part in the tournament as a recognition for their achievements throughout the year.

“ACV is again a proud sponsor of this important event, one that has become a calendar event for many of our Canadian partners,” he said. “On this 25th anniversary, I would like you to join me in congratulating the Baxter Media group and Sandals for having the vision to spearhead this event. Since its inception, ACV is proud to have been a part of this golf tournament, and we look forward to many more successful years.”

With a combined score of 134, the winners of the 2019 golf tournament were the Bobless Birdies – named after the fact that only 3/4 of their team spirit costumes arrived on time for the tournament – made up of Stavros Kotsireas, director of trade partner relations & Preferred Rewards Canada at Flight Centre Travel Group; Spencer Sorensen, manager specialty sales (business development) at WestJet; Ryan Saroli, CEO, Agencia Global; and Scott Roseblade, VP air, Goway Travel.

“We’re amazed, it’s an incredible feeling, it’s an amazing event,” said Sorensen, upon learning his team came out victorious. “We played as a team. Those greens were tough, the caddies gave us a line and we tried following it, but it was very difficult. Some of them should have gone in that didn’t, but some of them did fall.”

“We’re a little bit speechless. We all contributed, we all chipped in. On both days, we were all trying to pick what our best shots were and things like that, but you know what, the caddies were great, we had a lot of fun, we enjoyed the whole thing, it was an amazing event,” added Kotsireas, who was in attendance for the third time.

Although ACV had sponsored the prize for the overall winners of the golf tournament, with the WestJet team winning the grand prize, Maureen Barnes-Smith, director of sales and marketing for Unique Vacations Canada decided to come up with an alternate prize.

“In true Sandals style, we’re going to switch things up a bit,” she announced. “In addition to a guaranteed place at our global Sandals Golf Tournament at Sandals Emerald Bay in 2020, we’re also going to give each of you three nights at a Sandals or Beaches resort of your choice.”

In attendance for the first time since taking on the role of regional director for the Jamaica Tourist Board in Canada, Angella Bennett said she hoped participants will remember the warmth of Jamaica.

“The Canadian Travel Industry Golf Tournament is now one of my favourite weekends of the year – I was thrilled to get together with our colleagues at Baxter Media and Sandals Resorts for some friendly competition and fun in the sun,” she said. “This year, we had a total of 16 teams and 75 participants, including tour operators from WestJet and Air Canada Vacations, and travel agents from across Canada – some of whom were visiting Jamaica for the first time.”

Bookings to Jamaica are booming, with year-to-date arrivals representing a 9% increase over last year.

“For us, the annual event gives the Jamaica Tourist Board an opportunity to showcase the incredible beauty and hospitality of the destination, while building our valuable relationships with Canada’s travel industry professionals and making new connections both on and off the course. The 18-hole green at The Sandals Golf & Country Club is one of the most picturesque courses on the island and was the perfect backdrop for this fantastic industry event.” 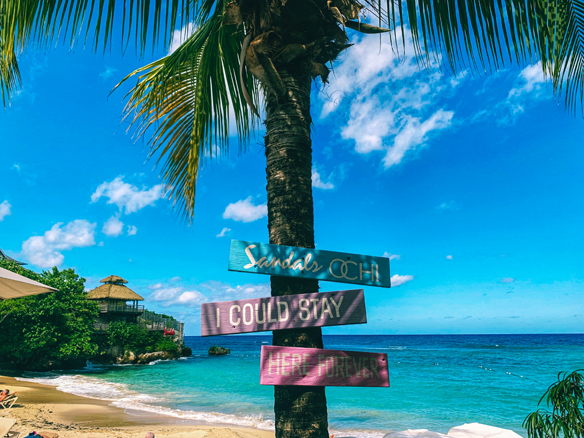 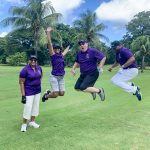 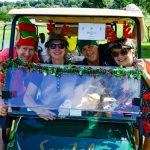 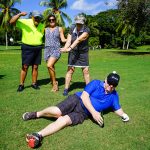 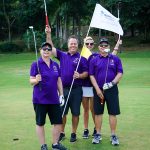 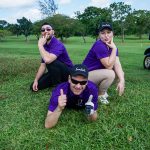 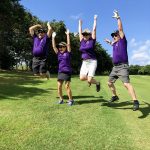