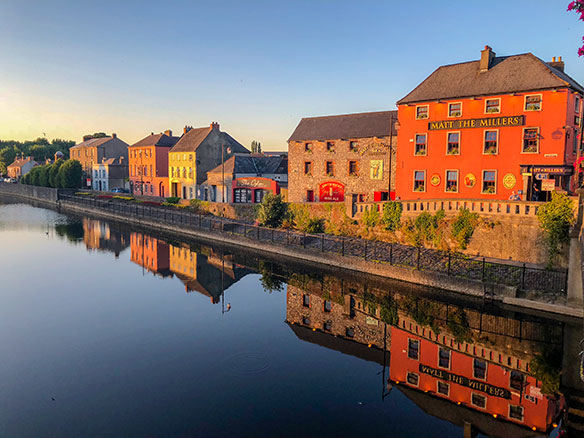 A great global team. A wealth of air access that continues to increase. Consistent and 0ngoing investment in its tourism products and programs. And the solid long-term relationship that it has built with the travel trade around the world.

That’s the bullet-point explanation that Tourism Ireland’s CEO, Niall Gibbons offers when you ask him why Ireland had such a great year in 2018.

Oh, and he’ll also tell you that Ireland has just launched its first new marketing campaign in seven years called Fill Your Heart With Ireland – https://www.youtube.com/watch?v=1dAkMZjxv9A.

Gibbons told Travel Courier that the huge increase in air access to Ireland “has really changed the dynamic of the [Canadian] market for us and what’s really encouraging is that the feedback from the industry at home is that you can really see and hear many more Canadians around the [country] which is great.”

In 2019, new services include Aer Lingus from Montreal; WestJet from Calgary; Norwegian from Hamilton; and Air Canada from Toronto to Shannon.

As for travel agents, Gibbons said that “they’ve been terrific,” observing that Tourism Ireland has “never stepped back from the travel trade.”

“You know, we’ve seen other tourist boards do it, but I think [agents have] been really, really good supporters,” Tourism Ireland’s CEO said.

Tourism Ireland will be conducting two trade missions in Canada – one of which was completed in early February, the second set for September – as well as bringing members of the Canadian travel trade over for Ireland’s annual travel trade event in April.

Dana Welch, manager Canada, noted that Tourism Ireland is also running a webinar program that provides “an opportunity for agents to engage with us.”

Welch also pointed to Tourism Ireland’s specialist program for agents, telling TC, “I think [agents are] quite well informed on Ireland, but if they have any questions; if there’s any way we can be providing any additional information, we’d be very happy to do that.”

Education and training has become increasingly important, Gibbons says, “because there is so much new news in Ireland.” As an example, he pointed to the hotel scene, observing that “between now and 2022, Dublin will see about a 35% [increase] in the number of rooms. Belfast will see a 50% [increase] by the end of 2019.”

Alison Metcalfe, VP North America & Australia for Tourism Ireland observed, “I think the team will certainly be – through the education program we have here – making sure that we are educating with all of our facilities about the new areas and lesser-known areas which are featured in the campaign, so that they can then help us drive and sell tourism packages into some of the new areas.”

Tourism Ireland has also made huge inroads on the Web and in social media channels.