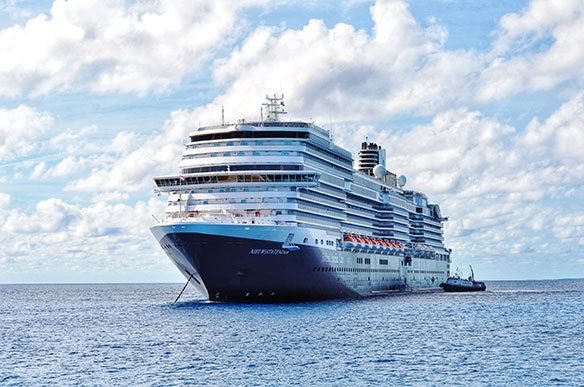 Picture this: Oprah Winfrey is donning pajamas and handing out shots of tequila, as passengers taking part in Holland America Line’s Girls’ Getaway cruise go wild with excitement at the sight of the popular talk show host, film star and founder of O, The Oprah Magazine.

While the prominent Godmother of Nieuw Statendam, who officially named the ship earlier this month, likely won’t be cruising along with clients on upcoming trips, rest assured they will still be entertained. Along with the Experience World Stage, the ship’s Music Walk features four live music venues including Lincoln Center Stage: chamber music in partnership with the leading centre for the performing arts; Billboard Onboard: chart-topping hits covered by two pianists based on audience requests; B.B. King’s Blues Club, an eight-piece band performing music inspired by the scene in Memphis, and Rolling Stone Rock Room, a new classic rock show developed in partnership with Rolling Stone, featuring five musicians playing iconic hits by famous rock stars.

“Music Walk has changed the entire dynamics of how the ship works for us. We’re essentially treating it like we have five entertainment venues,” says Bill Prince, vice president of entertainment & enrichment, noting Rolling Stone Rock Room is now also available on the Koningsdam, the first ship in the Pinnacle Class line. “Music Walk has become more of an overall concept. It’s a collection of clubs now, and various combinations of these clubs will start to appear on various ships. Some ships may only have two of them just due to space requirements or logistics… These Pinnacle-Class ships, the Koningsdam and Nieuw Statendam have four.”

“The concept has been so popular and people love it so much that we want to get as much of it as we can throughout as much of the fleet as we can, so we’re working our way backwards to our older ships to add these clubs over the next couple of years,” he says.

Replacing the Culinary Arts Center, Nieuw Statendam has introduced the Club Orange restaurant for all guests staying in the Neptune and Pinnacle suites. In addition to private dining (including free mimosas for breakfast), the new program includes added perks like priority check-in, premium bathrobes and a welcome glass of sparkling wine at dinner on embarkation day.

“It’s meant to alleviate some of the pressure on the dining room and for people to have a dining space on their own for breakfast and dinner,” says hotel director Don Habets. “You don’t have to wait anywhere in line, you get priority at shore excursions, at the front desk, at check-in, you get all these priorities with Club Orange. There’s a different menu, similar to the dining room, but we have a few daily specials.” 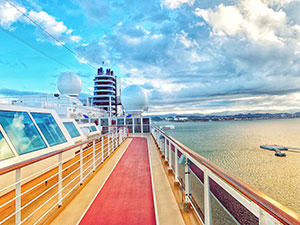 Workout indoors or outdoors with a running track and gym equipment with a view on the Nieuw Statendam. 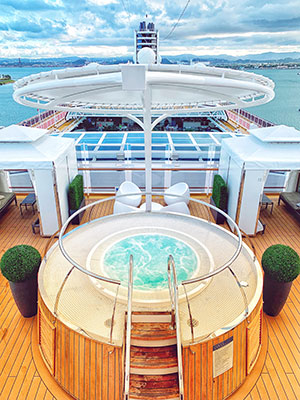 Unwind onboard with a choice of multiple whirlpools!

Club Orange can also be added-on for clients staying in other room categories at a commissionable rate of $50 per day. The program is set to go fleetwide later this year.

Meanwhile, America’s Test Kitchen, formerly housed in the Culinary Arts Center, is now serving up its cooking demonstrations, videos, techniques and recipes on the main stage.

“It’s a bigger success in the World Stage than it was in this restaurant,” says Prince. “We can put 350 people in there for any given cooking class. Let’s face it, America’s Test Kitchen is a TV show, so we can give you the full TV experience in the World Stage the way we couldn’t in there.”

Foodie delights and other things to know

Beyond the main dining room, specialty restaurants range from Rudi’s Sel de Mer, first launched on Koningsdam as Sel de Mer, named after master chef Rudi Sodamin, a French-inspired seafood brasserie, to Canaletto, an Italian restaurant offering fresh pasta and other favourites. There’s also the pan-Asian Tamarind, which has a new al fresco dining area and Nami Sushi, a new sushi experience within Tamarind, along with the award-winning Pinnacle Grill.

The Lido Market has market-style stations offering everything from salads to Asian dishes. There are also options to grab everything from poolside loaded hot dogs and New York-style pizza to a café serving up Dutch specialties.

Another innovation is the ability to summon bar staff with the press of a button at the Lido market and pool, designed so guests don’t feel over-served by waiters inquiring about whether or not they require any beverages.

The ship, the 15th in the fleet, features purpose-built staterooms for families and solo travellers among its 1,377 guest accommodations, 40 of which are wheelchair accessible. In total, there are eight more staterooms than the sister-ship Koningsdam, and Nieuw Statendam’s 1,290-square-foot Pinnacle Suite was reconfigured to offer an open-concept design with the living room and dining area in one expansive space, complete with a dressing room and private veranda with whirlpool.

Following its inaugural Caribbean season, the 2,666-guest Nieuw Statendam will head to its summer homeport of Amsterdam, the Netherlands, in May and sail a series of northern Europe, Baltic and Iceland cruises before making its way to the Mediterranean in September for cruises out of Civitavecchia.

1. Nieuw Statendam will visit more than 75 ports during her first year in service.

2. In its first year, Nieuw Statendam will sail 92,723 nautical miles, more than four times around the globe.

3. Artists from 150 different countries are represented in Nieuw Statendam’s artwork.

4. More than 150 bottles of red wine will be made each month at BLEND, the first purpose-built wine blending venue at sea.

6. Two hundred pounds of pasta will be prepared at Canaletto during a seven-day cruise.

7. It would take 70,667 standard bottles of champagne to fill Nieuw Statendam’s Lido Pool.

11. More than 9,360 songs will be performed in Rolling Stone Rock Room during the first year.

13. Seventy performers will grace the stages of Music Walk during the first year.

14. Eighteen different flavours of gelato will be made on board each cruise.

16. New York Deli & Pizza will serve up 350 breakfast sandwiches on a week-long cruise.

17. Nieuw Statendam is a sister-ship to Koningsdam, which was delivered in April 2016. 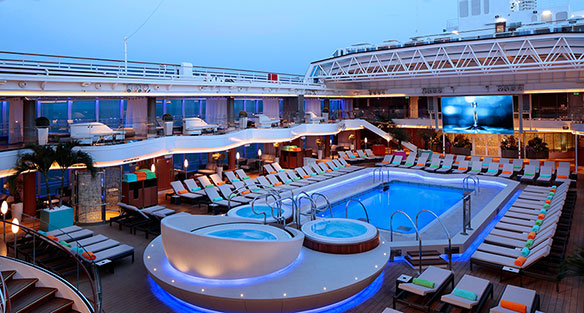