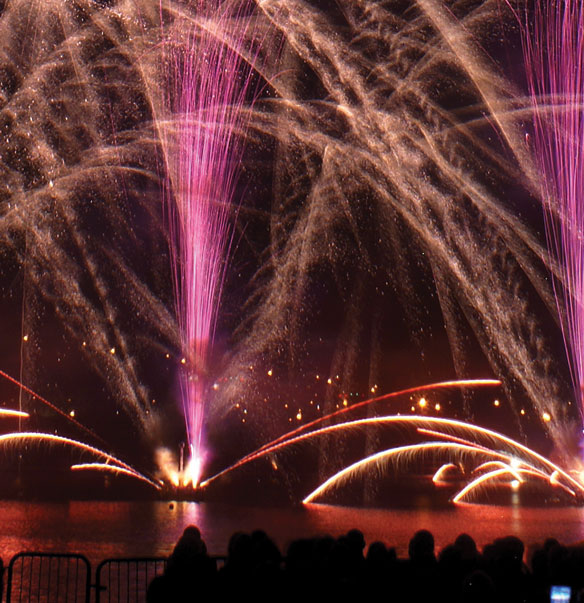 Montreal has a lot to celebrate this year. Sure, there’s its 375th anniversary, as well as Canada’s 150th birthday – and the city’s going all-out to extract the maximum visitation potential from both – but ask Tourisme Montreal chief Yves Lalumière what excites him most right now and he’ll point to Air China’s four-times-weekly nonstop service to Beijing and Air Canada’s new daily Dreamliner flight to Shanghai.

“For the next 10 years, China is the key for Montreal, and it will be our most important priority,” he told Travel Courier in a wide-ranging conversation. “Not only do the flights give us direct access to the China market, they mean we can go after other Asian visitors too.” Lalumière conceded that catering to the special needs of Chinese visitors will require a period of learning; not just for those in the receptive industry, but for the city as a whole. But he noted, “People are starting to understand the China market and that they’re dealing with a middleclass FIT traveller with substantial disposable income.”

That fact was underscored last year when Montreal bid on and hosted a Chinese Tupperware incentive group some 3,500 strong, Lalumière pointed out.

While the Asian initiative will be a long-term priority, the former American Express and Transat senior exec is looking for this year’s mega-celebrations to eclipse Montreal’s 2016 record-breaking result. With a target of some 11 million visitors representing a 5% boost, Lalumière is looking for continued healthy occupancy rates for the city’s hotels, which have suffered inadequate demand in the past. He explained, “A 78% occupancy rate in the summer is not acceptable. An 85% rate is acceptable, and from May through October last year, we averaged 87%.” 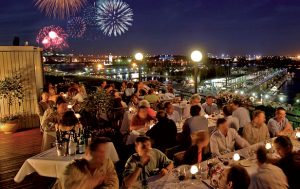 With that level of success and with a host of blockbuster events slated for the six months following the 375th birthday on May 17 guaranteed to spark visitation, Lalumière said there’s room for more accommodation offers “because the market is there.”

In fact, he said the hotel sector has already reacted to the uptrend with close to ten new properties opening their doors in the next year or so and with the iconic Queen Elizabeth Hotel reopening its doors in July, following a massive renovation project.

With tongue firmly in cheek, Lalumière said Toronto, which he terms “the big house,” is one of Montreal’s biggest international markets. That’s because 50% of residents were not born there, he said, adding that the Northeastern United States represents a crucial catchment area, while France, the UK and Germany are the key offshore markets.

But Lalumière stressed that Montreal is not just a tourist town, despite its reputation as “partycentral,” and its fame as a cultural and gastronomic mecca.

“My job is to promote to the business sector as well,” he explained, pointing out that one of Tourisme Montreal’s priorities is to go after association business on the premise that the city can guarantee satisfaction, delegate numbers and face-to-face connections.

“There are a number of big conferences scheduled for 2017,” said Lalumière, who conceded that his favourite will be the Destination Marketing Association International gathering in May, which is expected to attract some 2,000 delegates. At the same time, the cruise market is firmly on his agency’s radar and will doubtless receive a major boost when the brandnew cruise terminal opens in May at the foot of Old Montreal. So all-in-all, Lalumière is confident that Montreal’s 375th birthday celebration will turn out to be a huge success. And he’s particularly proud of the fact that his city has been singled out as a must-see destination in 2017 by outfits such as Routard travel guides, the New York Times, Town & Country magazine, National Geographic, and USA Today.

2017 marks the celebration of Montreal’s 375th anniversary, and the city says with new properties opening just in time for the momentous occasion, there has never been a better time to visit.

Set against Quebec’s unique francophone culture, Montreal will host over 175 events, each showcasing the city’s vivacious spirit, offering a European experience close to home, and without the jet lag. 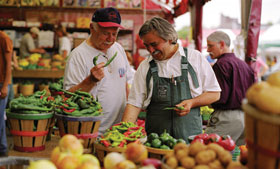 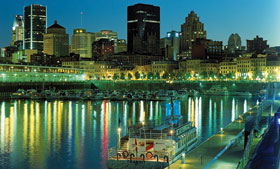 • ILLUMINATION OF THE JACQUES CARTIER BRIDGE On May 17, the iconic Jacques Cartier Bridge, which spans the St. Lawrence River will be illuminated to showcase Montreal’s creativity as part of the 375th anniversary of Montreal, and Canada’s 150th anniversary of Confederation.

• THE WALK OF THE GIANTS The Royal de Luxe street theatre company from France will be coming to Montreal from May 19-21, with a special creation made exclusively for the city’s 375th anniversary. Over the course of three days, visitors will have the opportunity to see a grandiose promenade of the Royal de Luxe giants that set their foot in every major city around the world.

• MONTREAL AVUDO Visitors will get a chance to see a multimedia show created exclusively for Montreal’s 375th anniversary by the Compagnia Finzi Pasca from May 17 to Sept. 2. Set on the water, Montreal AVUDO will pay poetic tribute to the St. Lawrence River with over 100 free performances taking place in Montreal’s Old Port.

• LEONARD COHEN AT THE MAC Montreal’s Museum of Contemporary Art (MAC) will present the exhibit Leonard Cohen: A Crack in Everything from Oct. 19 to Dec. 31. The multidisciplinary exhibition will include brand new works commissioned from local and international artists in performance art, visual art, film, music, and written word inspired by Cohen’s work.

• HOTEL MONVILLE – The hotel will open this summer, offering 269 rooms, 4,000 square feet of meeting spaces, and a terrace.