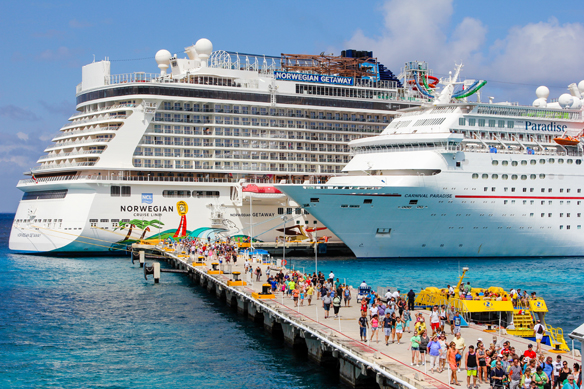 A new study from Cruise Lines International Association CLIA) reports that the cruise industry continues to be an increasingly dominant player in the US tourism sector.

The newly released CLIA 2018 Economic Impact Analysis found the cruise industry in the US had an economic impact of over $52.7 billion in total contributions in 2018 alone, marking an increase of over 10% since 2016.

The increasing popularity of cruising to and from the United States is evident throughout the report, as is the inextricable correlation between the industry’s growth and its economic impact across the country. Nearly 13 million cruise passengers worldwide embarked from ports in the United States in 2018—an increase of nearly 9% from 2016.

Kelly Craighead, CLIA’s president and CEO, observed of the findings that: “There’s no doubting the enormity of the cruise industry’s contributions to the US and global economies. The 2018 Economic Impact Analysis highlights the incredible impact the industry continues to have on American businesses and individuals, as well as the growing popularity of cruising amongst passengers of all nationalities and backgrounds.”

Craighead added that: “There is simply no better way to experience the world, and the cruise industry is proud to have such a positive impact on the people and communities we visit here in the United States.”

With increased embarkations, come increased onshore spending. In 2018, cruise lines, their passengers and crew spent a record $23.96 billion in the United States – a 33% increase since 2010. Additionally, 2018 saw a new peak in the cruise industry’s US expenditures, generating 421,711 jobs across the United States and contributing more than $23.15 billion in wages and salaries, a nearly 13% increase since 2016.

Combined, these numbers reflect the growing consensus cruising has evolved into a mainstream choice for travellers of all means and backgrounds, as well as a leader in the tourism sector. The cruise industry recognizes with growth comes added responsibility to ensure the destinations we visit remain a welcoming and beautiful place to both live in and visit for generations to come.

For more on the report, go to https://cruising.org/news-and-research/research/2019/november/contribution-of-the-international-cruise-industry-to-the-us-economy-2018.