Gary gets the whole pie

Many years ago, I sat down to interview Gary Sadler for the first time … and toward the end of the conversation, he delivered a line that just begged to go into a headline. 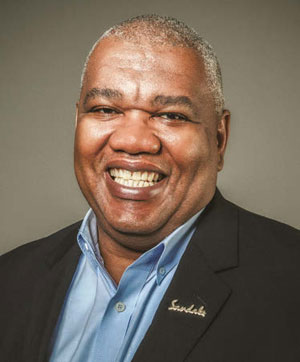 We were talking about all the things that Sandals was doing to help agents make more money, and Sadler, never short on nifty phraseology, said: “What we’re telling agents is why be satisfied with just the crust of the pie … what we’re saying is go for the whole pie.” Since then, every time I’ve seen him, I’ve asked him if he’s got his piece of the pie yet and this week, I’m happy to report that Mr. Sadler – who’s the senior vice-president of sales for Unique Vacations Inc. – has just been honoured by Jamaica’s Prime Minister Andrew Holness for outstanding contribution to Jamaica’s tourism and hotel industry.
Sadler, who recently celebrated his 25 years of achievements with the company, was awarded the Honour of the Order of Distinction in the rank of Officer on Aug. 6 – Jamaica’s Independence Day. Sadler will be invested with the insignia of the Order at the Ceremony of Investiture on National Heroes Day, Oct. 16, at King’s House in Kingston, Jamaica.
So Gary, congratulations, you’ve finally got the whole pie … all the best.