Health, safety on top of itinerary for Celebrity 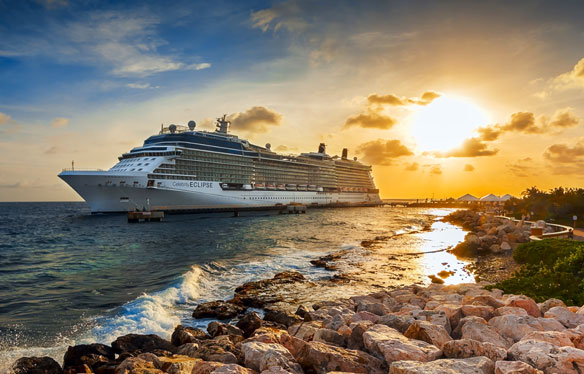 Celebrity Cruises says it’s determined that its passengers return home hale and hearty after sailing with it when it resumes operations later this year.

Celebrity, like its competitors, has seen its fleet idled because of the coronavirus pandemic, which resulted in grim media news reports of cruise ship passengers being quarantined in their cabins as their vessels struggled to find ports that would allow them to dock. That in turn has led some industry observers to suggest that much of the travelling public may be leery of cruising when the industry restarts.

But Celebrity officials said during a recent webinar for travel agents in this country that new technology and safety protocols being put in place will enable its clients to sail in a safe manner.

“The No. 1 priority for us … is that when your clients get on (their Celebrity vessel) healthy, they get off healthy …” Keith Lane, the company’s senior vice president of sales for North and South America, told the webinar. “We want to make our ships the safest place to vacation on the planet.”

Lane added that technological advances will enable Celebrity to have “a lot of great touchlesss stuff” that should help reassure clients.

Celebrity hasn’t yet given a date for the restart of its operation but the company expects the weighty US Centers for Disease Control to soon okay cruises in US waters.

Dondra Ritzenthaler, Celebrity’s senior vice president of sales and trade support services, said during the webinar that Celebrity will “stagger” its relaunch, initially only operating some ships at less than 100% occupancy.

The company doesn’t expect to be at full capacity until March 2021 or later.

Current social distancing requirements have the company looking at how it will operate the likes of excursions and carrying people to and from ships in ports where tenders are required.

Lane said there will be pent-up demand among the public when cruising resumes. “Trust me, they’ve never wanted to escape more than any time in the history of our country.”

Celebrity says agents who have clients wanting refunds rather than opportunities to sail at later dates should explain to them that Celebrity ships were not involved in any of the grim voyages that generated international headlines and use that fact to promote it to customers.

The company adds it’s eager to get agents on board its ships when it resumes operation, something it said it has always wanted to do but sometimes found difficult because of high occupancies.