Iberostar raises the bar in Cuba 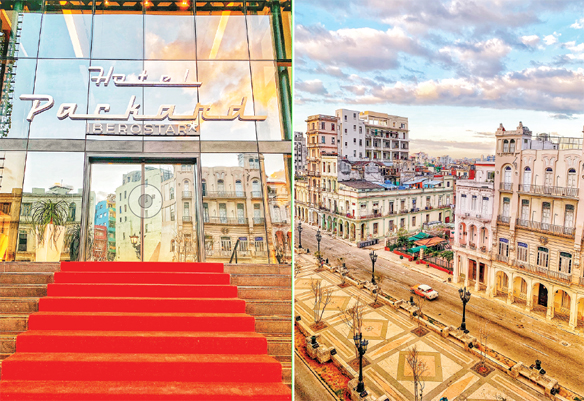 Iberostar Hotels & Resorts is upping its game in Cuba. Not only has the company, which has a portfolio of more than 120 four- and five-star hotels in 18 countries across three continents, significantly increased the number of properties and hotel rooms in the Caribbean destination, but it’s continuing to raise quality standards across the board to be in line with its global operations.

“Our position in Cuba, our approach to the future is to be leaders in quality, leaders in number of hotels and leaders in number of rooms,” Óscar González, global marketing director at Iberostar Hotels & Resorts, told Canadian Travel Press from the company’s headquarters in Spain. “Iberostar is putting all kinds of efforts on increasing the knowledge of staff in order to enhance the best practices of service, the best practices in gastronomy, and trying to adapt our standards of quality, so that we’re applying the same level in Cuba as we’re applying in the European region, as we’re applying in other Caribbean destinations.”

Along with increasing the level of service in the popular destination for Canadian travellers, a big push has been on elevating the food scene through the launch of a hotel logistics and wholesale distributor in Cuba, Logística Hotelera del Caribe S.A., with the aim of consistently raising the culinary quality and the variety of product in the destination. Through the operation, a wide range of products are now distributed to nine of its hotels on the island, including newly opened properties like the Iberostar Grand Packard and Iberostar Holguín.

“That was one of the main gaps in the past, when you visited Cuba as a regular tourist, you’d find that there is a gap in the service and there is a gap in the variety and the range of food you can find in the destination,” he said. “The plans of Iberostar to achieve the same level of quality in Cuba has been to operate the first logistics platform to import all kinds of goods to have the same level of food and services and items as in other destinations, so we’re very proud to put this in practice since more or less the last quarter of the last year. This logistics warehouse has started to provide to our hotels in order to increase the standards of quality, the visibility and the variety of fruits, vegetables, meat that you can find in the buffets, in the restaurants.”

Elevating gastronomy
Simultaneously, Iberostar is also investing in a training program for local employees, which sees long-standing and expert chefs within the hotel chain travelling around the destination to train top local chefs by sharing techniques and engaging in cooking lessons. 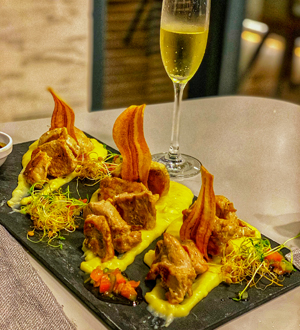 Calling it a milestone for Iberostar, González said recent guest feedback about the newly revamped gastronomy offerings have been positive.

“It’s been difficult because the internal process to put in place these new experiences and this new logistics platform is not easy, but now the products are ongoing, we’re introducing these products on a regular basis in our restaurants, and then the first feedback from the customers are really very good. We’re very proud to be in line with our expectations,” he said. “Within the next year, you won’t have any differences between the high-quality services in Jamaica, Mexico, Dominican Republic or Cuba – that’s our internal aspiration to view Cuba as one of the best destinations in the Caribbean.”

Of MICE and luxury
With the recent opening of Iberostar Grand Packard, which provides a luxury upscale option for leisure or business travellers in Havana, another key element was to cater to the MICE market, with five meeting rooms ranging in size to accommodate 20 to 150 people, and a combined capacity of 400. 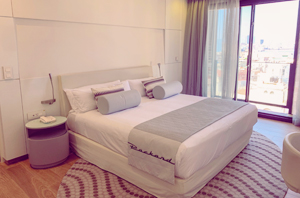 “I think this is another big milestone for La Habana because this kind of segment in the past they didn’t have any place to stay or they don’t have any places to celebrate a big meeting or an important meeting. Now, you have one meeting point in La Habana to enjoy with one of the best city views of La Habana harbour, and to enjoy the Cuban gastronomy,” he said. “There’s no differences

in terms of quality standards of services, WiFi services, MICE services, gastronomy services, a spa or other services that provide experiences at the same level as other luxury five-star hotels around the world.”

Continuing to strengthen its presence in the destination, the Iberostar Holguín is another new five-star complex and its first foray into the eastern city. The company is also set to refurbish the Iberostar Habana Riviera, an iconic hotel in the capital city, which used to be home to lavish events and fashion parties.

“We are going to refurbish 100% of the rooms, so this will be another milestone when we have these three properties at the same level, Iberostar Parque Central, which is in some situations the best hotel in La Habana because it’s in the city centre, Packard as the most label of luxury in La Habana, and Riviera, which is one of the hotels with a complete history in La Habana. We will probably complete the portfolio of La Habana with these three elements.”

Strengthening the connections
As for the trade, González stressed that travel agents and travel agencies are core to the success of the company. In fact, Iberostar Hotels & Resorts is implementing a new strategy to work more closely with advisors and “create a true partnership” through a new team of BDMs who will work directly with the trade in Canada. 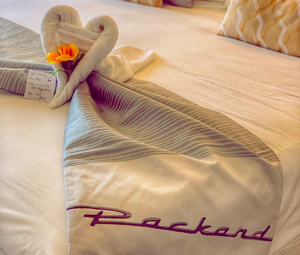 “The main responsibility of these guys is to visit door-to-door the majority of the travel agencies in Canada, presenting themselves and presenting all kinds of possibilities that Iberostar is putting in place for the travel agencies in terms of information, communications to solve problems with the customer. For us, in markets like Canada, it’s crucial to identify Iberostar as one partner in the distribution channel,” he said. “Our idea is to reinforce the awareness and reinforce this compromise and this philosophy of Iberostar with the travel agents. In the last years, there was a lack of visibility of Iberostar, but now our compromise is to recover, we’re putting more people on the Canada team, we’re putting at least three to four more people on the team in order to have this direct communication and this visibility face-to-face with them because they are key for our business, and Iberostar must be key for their business.”

Although the Caribbean is the hottest location for Iberostar within the Canadian market, the company hopes to open the scope to other destinations and see more crossover within its properties in Europe.

“Canadians are travelling a lot to the European destinations, not only beach destinations, mainly to the most important European capitals, and we have hotels in Madrid, we have hotels in Barcelona, Budapest, we are opening in Rome in June/July, so really we would like to offer this image of 360 degrees with Iberostar. We apply the same quality of standards, putting the customer in the centre of our business, and being leaders in terms of quality satisfaction in the beach or in the city or in a heritage building.” 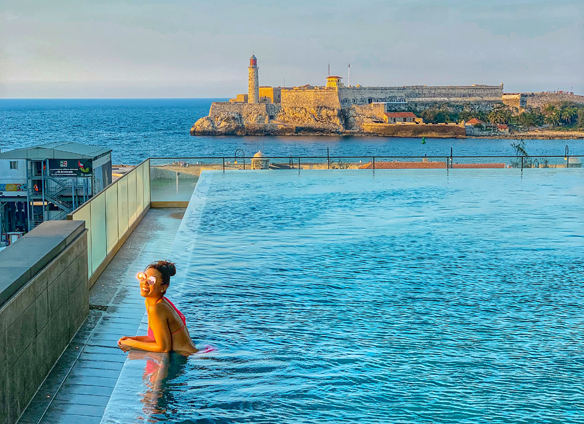