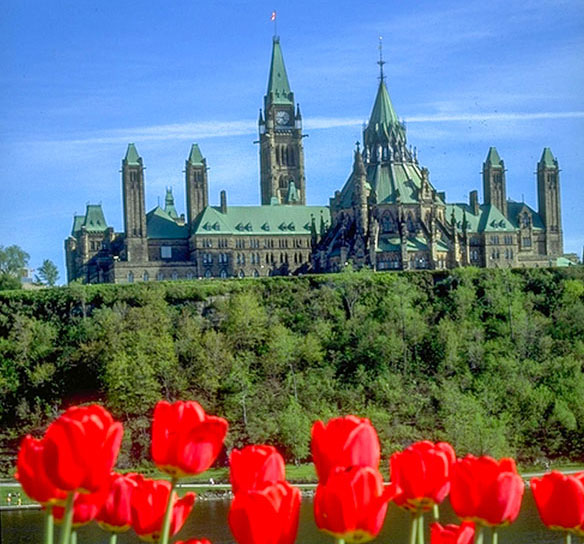 Lisa McLean says those who might be nervous about the prospect of guiding one of Le Boat’s houseboats along Ontario’s Rideau Canal this year should simply look at her own experience doing so.

McLean, Le Boat’s marketing manager for North and Latin America, and who admits she wasn’t any mariner before taking the helm of the Le Boat craft, says operating it turned out to be a breeze.

“I found it really, really easy,” she reports. “I was surprised how easy it was and how quickly I became confident driving the boat.”

Britain-based Le Boat debuted its Rideau Canal program last year. This year’s season will run from May 17 into mid-October and see some 20 boats, some of which have five bedrooms.

Sailings of three or more nights that must have at least two people begin in Smiths Falls, Ont., with passengers able to head north to Ottawa or south to Kingston, Ont., either way travelling the Rideau Canal, a UNESCO World Heritage Site that has locks that date back to the 19th century.

Le Boat – which also offers sailings mostly along canals in nine European countries – turns its craft over entirely to clients, who are given a 1.5- to two-hour course on operating them before setting off. Those operating them must be 18 or over, but don’t need prior experience.

“The biggest misconception is that you need a driver’s licence or previous boating experience,” McLean says. “The boats are custom-built for Le Boat. They really simplified all the controls.”

Le Boat’s different vessels can hold two to 12 people, depending on the model.

The company is this year enabling people to begin their sailings in either Smiths Falls or Seeley’s Bay, Ont., the latter found about 30 minutes by water from Kingston.

Those booking a boat must do so for at least three nights, with McLean saying some people opt for a week, often docking it in Ottawa and using it as a base to explore that city. The vessels have the likes of a fridge, stove, oven and top-deck barbecue, with most clients having breakfast and lunch on board and dinner in restaurants.

“It’s like a floating cottage,” McLean says. “It has all the pots and pans and towels and sheets. Anything you need is on the boat.

“We’re really trying to grow the awareness of houseboat-cruise type holidays. It’s very similar to renting an RV and exploring a destination by the highways, but you’re exploring on a cruise.”

The vessels have bike racks and clients can rent bikes or kayaks for their trips.

The waterway is maintained by Parks Canada, with Parks Canada staff happy to offer suggestions on points of interest to Le Boat clients, McLean continues.

Seven-night Le Boat European sailings start at $899 for some sailings in Ireland and France.