Home › Digital Post › Love is in the air in Saint Lucia

Love is in the air in Saint Lucia 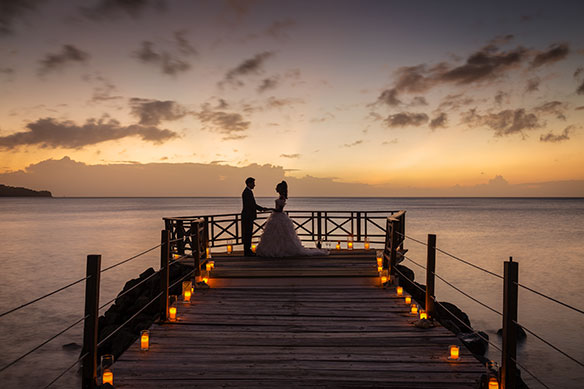 You could say that love is in the air in Saint Lucia. The Caribbean island has been named the “Caribbean’s Leading Honeymoon Destination 2017” by the World Travel Awards. Not only has Saint Lucia received this recognition for the fourth consecutive year, but it’s taken home the award eight out of nine times since 2009.
“Properties such as Jade Mountain are known for being a honeymoon destination because it has the back shot of The Pitons,” Andrew Ricketts of Total Public Relations, head of public relations, Canada for Saint Lucia, tells Canadian Travel Press. “To me, it’s the greenest Caribbean island that I’ve visited. The lush topography makes for amazing pictures. Any corner you go down is basically an amazing shot.”
Ricketts also points to the exposure from being featured on ABC’s hit romance reality series The Bachelor twice for having a hand in promoting the destination’s romance offerings.
“It really put Saint Lucia on the map as having that romance feel,” he says.
With a range of white-sand and black-sand beaches as a volcanic island, he says there are multiple scenic options to choose for a destination wedding or romantic photo shoot.
“We also have great waterfalls in Saint Lucia, whether it be in the north or the south of the island,” he says. “It’s just the feeling you get in Saint Lucia. It’s an energy. The locations are endless in terms of where you want to go, and it works for every budget. From low end to high end, it all depends on how much you want to spend.”
Meanwhile, Kristen Moore, CEO of Destinations of Distinctions, which represents Windjammer Landing, says the the Canadian-owned resort is another option for destination weddings.
“Windjammer does destination weddings so well,” she says. “They limit it to one wedding per day, so the bride gets her day. We’ve got two wedding coordinators based on property.”
Following a US$60-million investment, which includes a beach expansion, upgrades to its existing villas and the addition of a spa and new two- and three-bedroom ultra-luxury beachfront villas, she says the property is ready to take on groups, and has multiple venue options for weddings, including beachfront.
“Windjammer is super creative, as far as the actual celebration,” she says. “They throw a beach party unlike I’ve ever seen with a bonfire, and the chef comes out. They really do celebrations so well.”
For couples who want to experience the resort ahead of the big day, Windjammer Landing offers the ‘Say Yes, Before I Do’ option where newlyweds-to-be can get a feel for what awaits.
For more on the packages and offerings visit, www.windjammer-landing.com/weddings . 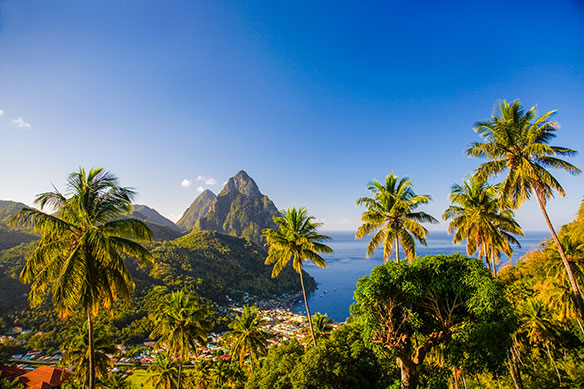