NDC: the next phase 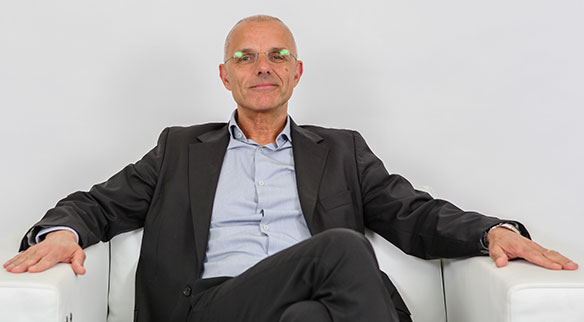 [Editor’s note: This is the third part of a multi-part series on the International Air Transport Association (IATA) by CTP’s Quebec editor, Mike Dunbar. This week, it’s all about IATA’s New Distribution Capability (NDC) and how it is being embraced by the industry.]
NDC: the next phase

IATA’s New Distribution Capability (NDC) initiative took a “critical” leap forward last October when all three global distribution system (GDS) providers – Amadeus, Sabre and Travelport – confirmed that they will achieve the highest level of certification as aggregators by the end of this year.
According to NDC program director Yanik Hoyles, getting the GDSs on board was crucial, since their commitment signaled that NDC has been embraced by all players.
And he told a December news conference in Geneva, “Their participation is critical insofar as they provide travel agency reach, as well as mid- and back-office systems. Integration will now go smoother for their agents.”
Hoyles explained that NDC is a response to three distinct challenges that exist in today’s airline distribution ecosystem:
Airlines don’t have the ability to distribute their products across the travel agent channel without being commoditized, owing to the limitations of the current third-party distribution architecture.
Travel agents can’t easily access many airline products that are available on airline websites.
The customer experience is not consistent depending on where they search for travel and not rich when shopping through travel agents.
He declared that NDC is a “travel industry supported program for the development and adoption of a new data transmission standard to modernize the way air products are retailed to travel agents, corporations and travellers.”
“In other words,” added Hoyles, “NDC is the modernization of 40-year old data exchange standards for ticket distribution that were developed before the Internet was invented.”
And he pointed out, “The primary driver for NDC is the revenue opportunity. It will unlock value through the travel agent channel by providing it with features and content it is difficult or impossible to access today.”
“Travel agents see NDC as an enabler to help them be more customer focused; to make selling airline ancillary products more efficient and to better compete with airlines own websites.”
Among key revenue drivers outlined by Hoyles will be the ability to show competitive features that may be unique to the offer and, therefore, driving the purchase decision; fare families displaying multiple price points with increased value may drive up-sells and displaying ancillary products such as lounge access may drive the purchase decision.”
He conceded that there are potential carrier cost benefits to be had by moving to an Internet environment and cutting ticketing, payment and revenue accounting costs, but stressed several times that cost-saving is not one of the main drivers of the NDC initiative.
Hoyles said travel management companies are “engaging” with NDC, quoting Carlson Wagonlit Travel CEO Kurt Ekert who stated, “The airlines have successfully become retailers and sold more dynamically direct to the public. NDC is creating that capability in intermediary channels.”
And he also quoted Hogg Robinson Group COO Bill Brindle’s assertion that, “in the current and future market, buyers want more choice. Sellers want more channels to market and everyone wants more innovation. This is a significant period of change. NDC is at the heart of the change, and Hogg Robinson is at the forefront of embracing it.”
The IATA exec revealed that 113 airlines have said they are planning to adopt the NDC standard – up from 86 one year earlier – and 44 airlines have been NDC certified, meaning they have performed live transactions through an NDC channel, either directly with a travel agent partner of via an aggregator.
Additionally, 55 IT providers and aggregators are NDC certified – up from 36 at 2016 year’s end.
Hoyles told the 100-strong group of reporters from around the world, “We are now coming to the end of our first five-year cycle of NDC, encompassing the launch and development of the standard and the pilot phase.”
And he revealed, “For the next phase, from 2018 to 2020, we are going to work across the entire value chain to help airlines and their partners – travel agents, corporate buyers and technology companies – to drive a critical mass of NDC transactions.”