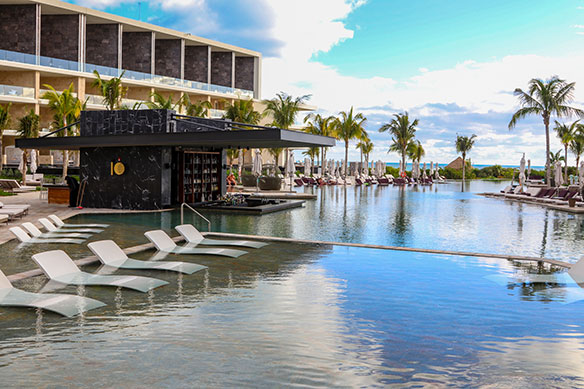 Agents with clients looking for a new luxurious Mexican getaway now have a significant new option, thanks to the Palladium Hotel Group.

“This is the first tennis complex that we opened outside the Rafa Nadal Academy in Mallorca, and I am very excited to be able to do so in a complex as incredible as this,” said Nadal during a preopening press conference. “The Rafa Nadal Tennis Centre will be the ideal place for fans of this sport to combine their holidays with short tennis programs, and I am convinced that it will be a success.”

Matutes said, “The alliance of Palladium Hotel Group with Rafa Nadal for the launch of Rafa Nadal Tennis Centre is further evidence that the company has long focused on achieving differentiation, always with the goal of being the best. Having the opportunity to work with Rafa Nadal is a source of pride because in addition to being the best tennis player, the values he represents, transmits and inculcates are impeccable.”

He added, “if you like tennis, you’re not going to think of going to another resort.”

The resort’s facilities includes a luxurious 4,740-square-metre spa and wellness centre and “The Village,” comprised of a variety of restaurants, bars, children’s clubs, amphitheatres, and chapel. 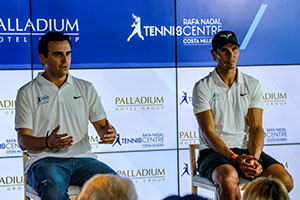 Grand Palladium Costa Mujeres Resort & Spa offers a wide range of services, ideal for families, couples and groups. The property’s facilities include nine restaurants, four swimming pools (one exclusively for children), as well as a 1,486-square-metre convention centre with capacity for 1,380 people.

The resort also offers a range of experiences, with activities such as snorkelling, diving, yoga and pilates available, special VIP service for families in Family Selection, as well as a luxurious water circuit and an extensive list of treatments offered at the Zentropia Palladium Spa & Wellness Centre.

Live music shows, as well as a multi-course gourmet dinner at CHIC Cabaret & Restaurant, are also available (and included for Coral guests).

Coral guests have the services of a personal butler, as well as additional benefits such as a complimentary shuttle service within the complex, 24-hour room service, and unlimited access to all facilities and services offered at the adjacent Grand Palladium property.

TRS also includes a set of international culinary experiences in four á la carte restaurants (in addition to the nine restaurants at the Grand Palladium) and an Ibiza-style beach club with infinity pool and poolside bar service.

Inma Quirante of the Palladium Hotel Group noted that like any Palladium property, the two new Mexico resorts are built around Palladium’s four main pillars – excellence (service and facilities), entertainment, innovation (technology) and engagement (designed to turn guests into fans).

“We want them to repeat, come back,” she said.

The new tennis centre, which officially opened Feb. 18, offers tennis programs developed by Nadal and his technical team for players of all ages and abilities.

The facility is open to hotel guests and local residents. Each tennis program is personalized and run by coaches from the Rafa Nadal Academy of Movistar.

Facilities include eight clay tennis courts (three of which are covered), a soccer field, a paddle tennis court, a gym for warming up, stretching and basic training, a Rafa Nadal exhibition area, a shop with exclusive sports products and a bar/cafeteria with televisions.

Costa Mujeres is an area in the north of Quintana Roo, home to the stretch of white-sand beaches around Cancun and the idyllic Isla Mujeres.

While Cancun is known for its buzzing nightlife, Isla Mujeres, just off the mainland, offers a peaceful contrast for relaxation.

Travellers are invited to try the local cuisine, shop for artisan souvenirs, or just lounge on the crushed coral beaches. 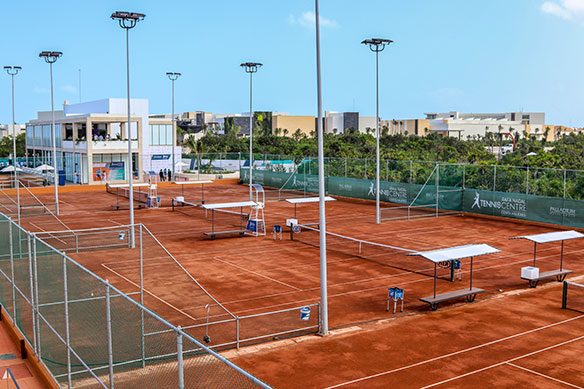