Palladium serves an ace in Mexico 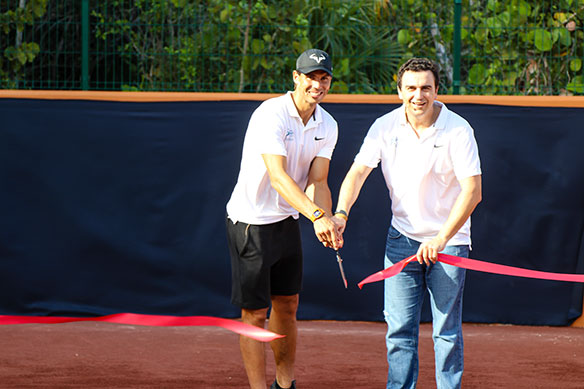 “This is the first tennis complex that we opened outside the Rafa Nadal Academy in Mallorca, and I am very excited to be able to do so in a complex as incredible as this,” said Nadal, who is currently ranked number two in the world by ATP. “The Rafa Nadal Tennis Centre will be the ideal place for fans of this sport to combine their holidays with short tennis programs, and I am convinced that it will be a success.”

Facilities at the tennis centre, which is open to hotel guests and local residents, include eight illuminated clay tennis courts (three of which are covered), a soccer field, a paddle tennis court, sports café, gym, Rafa Nadal Museum Xperience and Rafa Nadal Shop.

Matutes noted, “The alliance of Palladium Hotel Group with Rafa Nadal for the launch of Rafa Nadal Tennis Centre is further evidence that the company has long focused on achieving differentiation, always with the goal of being the best. Having the opportunity to work with Rafa Nadal is a source of pride because in addition to being the best tennis player, the values he represents, transmits and inculcates are impeccable.”

Tennis programs at the facility are personalized and run by coaches from the Rafa Nadal Academy of Movistar.

Along with the tennis centre, the resort’s facilities include a luxurious spa and wellness centre, a convention centre and “The Village,” comprised of a variety of restaurants, bars, children’s clubs, amphitheatres, and chapel.

The resort complex is located about 40 minutes from Cancun International Airport. 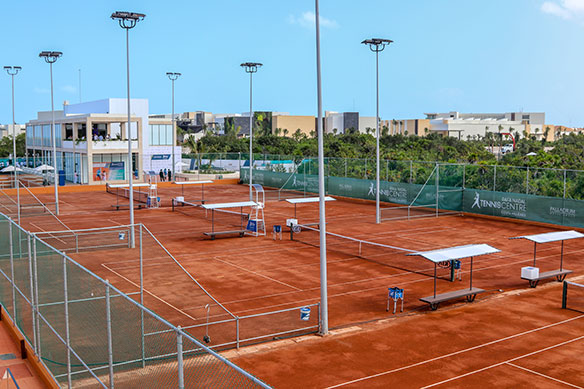