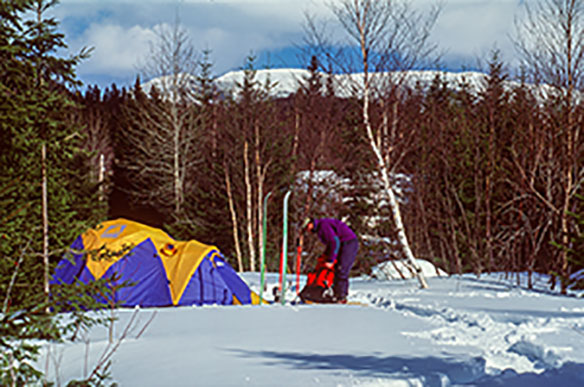 Isabelle Cyr says it isn’t just Jack Frost who will appreciate being outdoors in Quebec these days.

Cyr, spokeswoman for Quebec Original, which promotes Quebec’s tourist offerings, says Quebec is once again a seasonal winter wonderland, with outdoor enthusiasts able to enjoy the likes of skiing, dog-sledding, snowshoeing and a host of other activities.

“If you love nature and you love winter, Quebec is your place,” she told a recent Quebec Original gathering in Toronto.

Cyr said those visiting during winter will find festivals ranging from Quebec City’s famed Carnaval de Quebéc to Montréal en Lumière, which celebrates the likes of music, food and art.
Quebec has more than 400 years of history, she noted.

But energetic visitors heading outside the cities will find plenty of ways to be active, given that Quebec has “tons of ski resorts” and many other ways of appreciating snow.

“Quebec is a huge winter fun place, a winter wonderland,” she continued. “If you want to play in the snow, it’s a good option.”

Among winter lodging options in the Quebec City area will be the city’s famed Ice Hotel, which plans to overnight guests until March 16. People will be able to visit the hotel through March 25.
The first Quebec Ice Hotel opened 18 years ago, and Frederic Johansen of Valcartier Parcs/Hotels/Spa says each year it has new features and a new theme.

Interior hotel temperatures tend to be around -5 or -6, even if the weather outside is much colder. Guests are given warm sleeping bags, with Johansen saying he “slept like a baby” when he overnighted in the Ice Hotel.
The hotel usually has 40 to 44 guest units, including a Honeymoon Suite that includes a Jacuzzi among its features.

Meanwhile, those seeking a more remote region can consider Nunavik, the most northerly third of Quebec.

Isabelle Dubois, who handles marketing for Nunavik, says Nunavik has 507,000 square kilometres, an area equivalent to all of France, but the population is only around 12,000 people.

Tourism is based on both aboriginal culture and wildlife, with wildlife tours designed to give guests opportunities to spot the likes of polar bears, musk-ox and caribou.

Tourists generally arrive in the summer, when temperatures may range from 0C to 30C. Winter temperatures are likely to be around -25 to -30, although winds can make it feel colder.
First Air links Kuujjuaq – Nunavik’s largest community – with the south.

There are a limited number of hotels in Nunavik, but Dubois said the ones there provide comfortable stays.