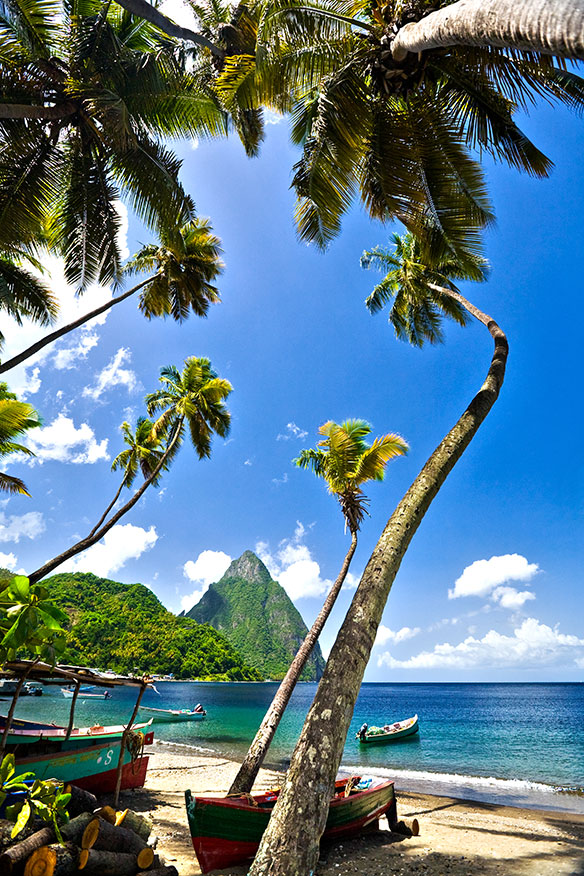 Saint Lucia’s tourism minister Dominic Fedee references American rapper Ludacris when describing the unique experiences that await travellers in the Caribbean island.
“Saint Lucia is easily the most exciting destination in the Caribbean,” he tells Canadian Travel Press. “There’s nowhere else in the Caribbean where you can interface with a volcano the way you can with our sulphur springs. Ludacris has been there and he said ‘the mud from the volcano will wash off, but the memories will live for a lifetime’ and I think that’s true. You can actually drive into our volcano – that is so different.”

A new image
Along with a new logo and the tagline “Saint Lucia, let her inspire you,” the destination is repositioning itself beyond its sun, sand and sea offerings to highlight its unique appeal like nature and landscapes, culture, people, romance, and off-the-beaten-path experiences.
“When we look at the country, we see that there are so many different components that could add to the value of the destination – mountains, waterfalls and a volcano that is perhaps one of the best in the western hemisphere and a people that are colourful and vibrant,” he says. “We launched this program called Village Tourism, and it seeks to make and transform villages that previously depended on agriculture and fishing into tourism destinations.”
Although travellers – especially those from the north – are still drawn in by the warmer climates, he says consumers are demanding offerings that extend beyond all-inclusive resorts.
“What we’re doing is saying that the Caribbean has been, and will continue to be, more than a beach,” he adds.

Canadian strength
Crediting, in part, the investment of Blue Diamond Resorts – a partnership between European tour operator TUI and Sunwing – Fedee says Canada is outpacing the regional average in terms of arrivals.
“We are actually about 10% up from Canada, it’s been performing very steadily for us,” he says. “It’s about the third-largest market for Saint Lucia, and we continue to see tremendous developments from the Canadian market.”
As the company continues to invest in the destination through Royalton Luxury Resorts, he expects growth numbers will continue to increase. 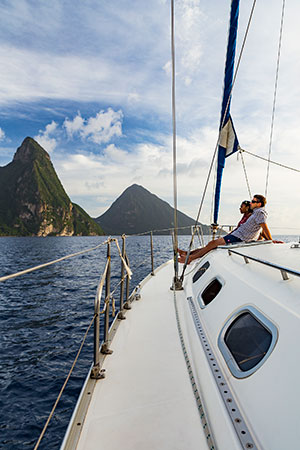 Saint Lucia’s unique appeal like its nature and landscapes, make it much more than an island in the sun

Rooms for growth
Overall Fedee expects Saint Lucia’s room stock to increase by 50% with the addition of over 2,000 new rooms over the next four years. Some of the properties coming online include the fourth Sandals resort on the island, a 250-room luxury development operated by Fairmont Hotels & Resorts near the Pitons, a Ritz-Carlton development, and the most recent announcement by Apple Leisure Group to build two luxury properties on-site.
“We are also planning for this increase with a brand new airport terminal, which is going to cost about $200 million, and this is going to be part of a major refurbishment and enhancement to the airport,” he says. “It will see new air front facilities, giving us the opportunity as a country to increase the airlift capacity of Saint Lucia, bringing people from other cities and opening new gateways as part of the thrust.”

New initiatives
One of the ways the destination is seeking to enhance its offering is a new partnership with Grenada and Saint Vincent and the Grenadines, which would provide visitors easier access and opportunities to island hop between the three countries.
Emphasis will also be put on promoting festivals, such as its Carnival, Jazz Fest and the Food and Rum festival (visit www.stlucia.org/summerfestival for more details) and local markets.
“The market in every Caribbean city is the heartbeat of that city,” he says. “It’s where vendors come and sell fresh produce, it’s where fishermen come and sell their catch … but what it is really is a way of life in a region, and we haven’t done the best job in really equating that into a tourism destination.”

Hurricane aftermath
Reflecting back on the hurricanes that rocked many of the islands in the Caribbean in the fall, Fedee says he’s proud of how the destinations banded together in their recovery efforts.
“It’s been a very difficult time for some of our friends, sister islands and neighbours, but we have recognized one thing as a people in the Caribbean – and I think the CTO as an organization is reflective of the need for us to stay together, for us to work together and to keep forging ahead in unity and strength,” he says. “We’ve recognized the Caribbean is the strongest when all of our individual parts are operating at an optimum.”
Since the region is very vulnerable to the impact of climate change, he says they will continue working to make sure the issue is kept on the front burner.
“We’re not just talking about the environment, we’re talking about the very survival of many, many people,” he says. “Our tourism industry, which is the very survival of many of our countries, face this threat [of climate change] on a daily basis.” 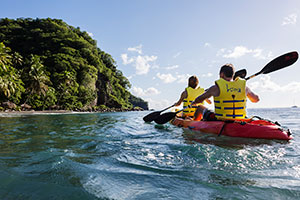 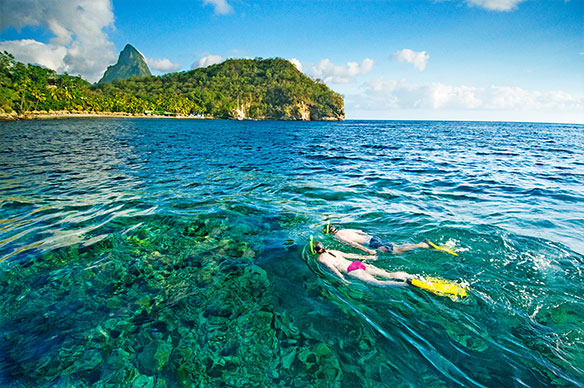