Tour operator has built up a global presence 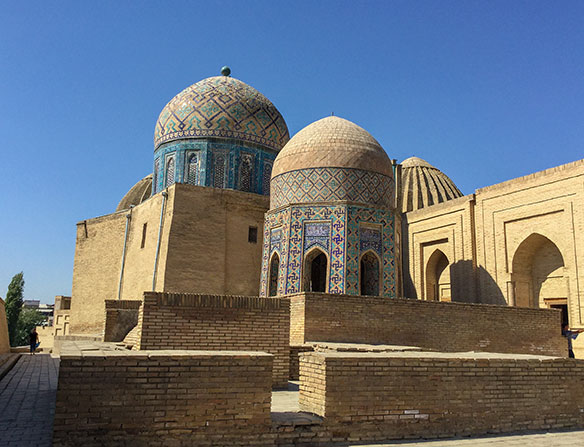 (Photo above: Sunspots Holidays is promoting such destinations as Uzbekistan, which has numerous historical attractions.)

Christy Kurian vows his company will always befriend travel agents.
Kurian, director of Sunspots Holidays, says agents who may not be convinced that his company has agents’ best interests at heart need only look at its business practices.
“We are only dealing with travel agents,” he states, adding his company doesn’t take direct bookings. “We are a small boutique type of organization that gives special attention to the agents who work with us.
“We need travel agents. Travel agents are the backbone of this industry.”
Sunspots Holidays has been in business for 15 years, having evolved from another firm that had been in the industry for 40 years, and Kurian says his company has become something of a pioneer, willing to offer parts of the world that are often off the beaten path. For instance, the company has been developing programs to the European side of the “Stans” – nations like Kazakhstan, Uzbekistan and Kyrgyzstan. Kurian says Sunspots Holidays’ clients visiting the the region will find many historical attributes, possibly following routes used by trading caravans long ago.
He adds the “very accommodating” predominantly Muslim region has a history of tolerance to religious minorities, and visitors will find the likes of alcohol served in bars.
Sunspots Holidays has built up somewhat of a global presence, sending people to the United States, the Caribbean, Latin America, Europe, Asia, and Australia, with the latter two continents seeing fewer of its clients than the others.
“Our focus is not to focus on one area,” Kurian states.
Package tours and air-only travel are available, and Kurian says his company – which he says serves as both a tour operator and a consolidator – is happy to design tours if asked.
Sunspots Holidays has around 40 airline contracts, with Air Canada and American Airlines being among those it works particularly closely with. Brazil is a particularly popular choice with those booking air alone, while New York City is among locations to which package tours are a very popular choice.
Kurian adds that his company deals with a lot of groups involved in mission and charity work, sending those clients to such countries as Guatemala and Haiti.
sunspotsholidays.com