Telling the stories of Canada’s north 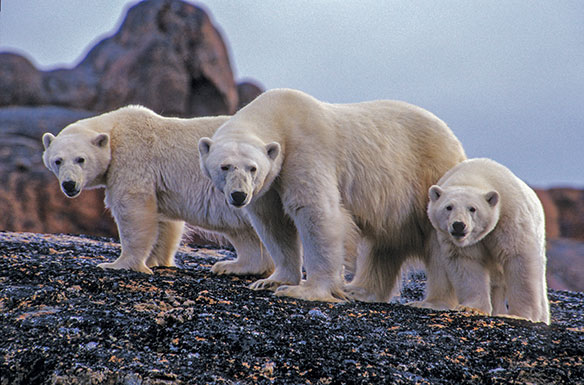 Jason Edmunds is eager to show people his childhood backyard and other northerly locales relatively few Canadians venture to.

Edmunds is an expedition leader with Mississauga, Ont.-based Adventure Canada, which has a program that features the East Coast, Newfoundland and Labrador, and Nunavut, along with the likes of Greenland and parts of Europe.

And, says Edmunds, those who do head north will come into close contact with both traditional cultures that have long called the North home and wildlife that ranges from smallish birds to possibly massive predators.

“I have lived in southern Canada for the past eight years,” says Edmunds, an Inuk from the Nunatsiavut region of Labrador, who’s believed to be the only Aboriginal expedition leader in this country and whose experience has led him to believe Canadians often know little about this country’s Arctic and sub-Arctic regions. “The North is an incredible place. Whether one is in the High Arctic or a sub-Arctic area…it is a place where one should go to learn and be changed.”

Place, people wildlife
“Travelling to the Arctic is ideal for those who want to learn about the place, people, wildlife in addition to participating in larger global conversations about reconciliation, climate change and resource development.

“There are real tangible goals for may who travel North: crossing the Arctic Circle, seeing a polar bear, experiencing Inuit culture, sailing the Northwest Passage, buying a carving directly from an artist, experiencing the Northern Lights or doing a polar plunge! What compliments and really deepens the experience is the ability to learn through a variety of lenses,” continues Edmunds, whose grandfather was one of the founding members of ITK (Canada’s national Inuit association) and the Labrador Inuit Association.

In the family
Family-owned Adventure Canada’s first hiking tour was to Baffin Island in 1988 and its first expedition cruise throughout Nunavut was in 1991. The company began offering European expeditions in 1994. 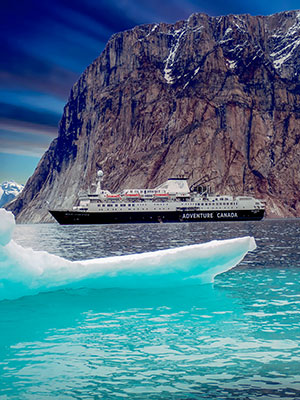 Edmunds says the European programming “remains the same in spirit” as northern Canada exploring – “We get off the beaten path. The islands of the North Atlantic – Ireland, Scotland, the Faroes, Iceland and Greenland – are not what comes to mind when one thinks about a quintessential European holiday. What we do is take our guests to the very outer edges of Western Europe. We explore wild and remote coastlines, seek wildlife, call at island communities with the aim of discovering the uniqueness and joy of island life, often the last strongholds of times gone by. Our emphasis on service, discovery, learning and the celebration of cultures remains intact, no matter where we are.”

So much to discover
Those who accompany Adventure Canada to the Arctic will be able to spot wildlife from its vessel, the Ocean Endeavour, and in a Zodiac. Some programs visit breeding colonies for birds, where upwards of 200,000 pairs gather. Those sightings can be done from Zodiac or provided kayaks.

Edmunds labels Newfoundland and Labrador “the ultimate place to explore from the coast.” Adventure Canada uses small expedition ships with Zodiacs on those sailings, visiting places that are normally difficult to reach.

“Up in Northern Labrador, you can experience Arctic-like landscapes and animals, Inuit culture and Torngat Mountains National Park. The vast majority of this area is uninhabited, though well known to the people that live there,” he says. “As you move south you can experience a shift in the landscape from huge mountains and fiords to the more gentle coves, bays, beaches and rolling hills of Southern Labrador. Here there is a mix of Inuit and settler culture, coupled with Basque, French and Newfoundland economic opportunists, to name a few. Interspersed throughout are the [Aboriginal] Innu people.”

Learn, engage, participate
Edmunds praises travel as a great introduction to a new culture and way of life, with those touring the traditional Inuit homelands given an opportunity for “learning, engaging and participating directly with Inuit. It is not a performance but rather the space for learning and dialogue. There are many different ways to learn about and experience a culture, our aim is to provide the tools for each individual to make the most of their own areas of interest.”

Onboard ship lectures are given by people who have a history of working or living in the places visited. Edmunds reports Adventure Canada changes its expedition team regularly, ensuring that the team is “geographically relevant and is custom-built for every expedition.”

Edmunds says Adventure Canada’s Greenland and Wild Labrador expedition is his favorite, in part because it enables him to reconnect with his childhood home.

“It makes me proud to share the beauty and heritage of my home with guests from Canada and around the world,” he says. “It also allows me the opportunity to explore new areas of my home province and learn new stories from the incredible expedition team.”

He says Adventure Canada is committed to having those who visit the places it offers return home with an appreciation for those locales.

“We aim to have our passengers leave their expedition as an advocate for the place and the people they have just visited,” Edmunds adds. 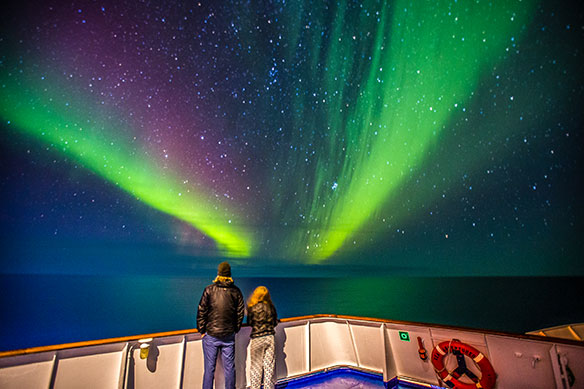