Tobago promotes its ‘untouched’ side 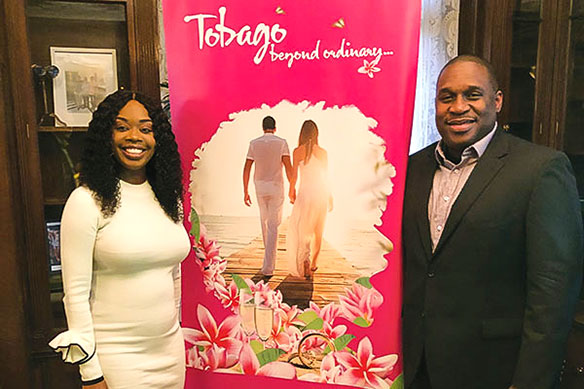 The CEO of the Tobago Tourism Agency says his destination amounts to something of anti-mainstream Caribbean retreat that is markedly different than much of the rest of the Caribbean.

Louis Lewis told a recent Toronto gathering that his island hasn’t seen the massive tourism infrastructure development that some other parts of the Caribbean have.

“We’re not as developed as our competitors,” he said of an island he called “unspoiled, untouched and undiscovered [by many tourists]. We know the travelling public is looking for something different.” Lewis said Tobago offers the “sun, sand and beach” that’s popular with those visiting the Caribbean, but also can host those seeking exotic locales for weddings or wanting wellness experiences.

Lewis noted Tobago has the “longest protected rainforest” in this hemisphere. That rainforest has been “protected longer than the United States has been independent,” he noted.

The Audubon Society has also identified Tobago as having a particularly diverse bird population, in part because the island is on the migratory trail, he continued. Tobago is home to hundreds of bird species, making it attractive to birdwatchers.

Lewis said his island has “changed hands more than any other Carib-bean island,” creating an interesting culture.

Nadine Stewart-Phillips, secretary of the Division of Tourism, Culture and Transportation in the Tobago House of Assembly, said Tobago has “avoided many of the pitfalls of overdevelopment… We are naturally unspoiled. We are naturally untouched.”

Ann Layton of Siren Communications, which now represents Tobago in Canada, also praised the island, noting she chose it for her wedding.