Transat Distribution Canada: Welcome to the evolution of retail travel 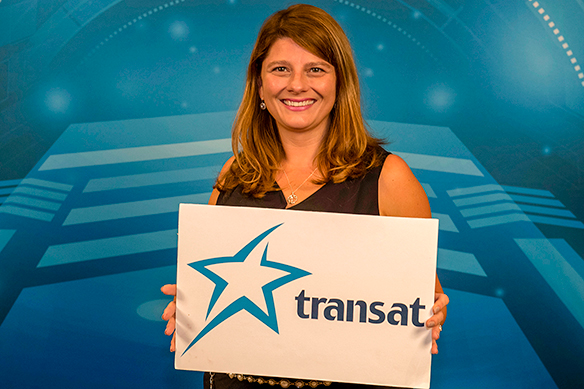 In the second part of CTP’s exclusive interview with TDC’s Nathalie Boyer and Susan Bowman, the conversation focuses on challenges, growth and a whole lot more.

About a year ago, Transat Distribution Canada’s general manager, Nathalie Boyer, and its vice-president marketing & industry relations, Susan Bowman, talked to Canadian Travel Press about the evolution of the retail travel business, so it seemed like a good idea to find out how the evolution was going.
“I think retail remains really rele-vant,” Boyer responded to the query. “The definition of a [retail] store will be different. Do I think the physical travel agency will disappear – the answer is not necessarily.”
She pointed out that: “It’s not [going to be the same] everywhere, but I think in the big cities you will need to redefine the experience within the store, if you want to attract people to come in.”
Boyer said that: “When you’re in a small community, your travel agency belongs to the community. It’s there. It’s like the coffee shop or the church. But in the bigger cities, we need to think about the experience. Why would a customer want to come into your store when they can shop online or call you or email you.”
TDC’s general manager said that consumers need a reason to come in, and she pointed to emerging technologies, like virtual reality or sensory experiences such as smell and music, that could give them a reason to stop by.

A bigger footprint
In fact, as Boyer sees it: “A travel agency is no different from any other retail store. So, in larger cities, I think we need to rethink the way we are approaching the client, in order to make sure that they are coming to our stores.”
Although she added that that doesn’t mean: “I’m thinking about reducing the footprint that we have; on the contrary, we want to expand where we need to put the brand there, but with another concept than the traditional shop that we are seeing.”
Right now, Boyer said that TDC has 406 agencies across Canada, while its Transat [email protected] program has just under 100 members.
“We are really pleased with that program and we want to push it more,” Boyer said of Transat [email protected] “There is a lot of potential with that program.”
She said that TDC is currently hiring someone to take care of its @Home group exclusively for training purposes.
“We are expanding in each region, and hopefully, we can grow that number way more next year [2019]. The program is really good on the compensation plan, on the training, on the support and with the brand value as well. I think we have a really good program for agents.”
A point that Bowman stressed was that Transat [email protected] counsellors are included in the Air Miles program, telling CTP: “So imagine that. They have an automatic customer base that they can go after and will come to them.
I don’t think anybody else can say that to them because when they’re independent, they’re truly independent, but we’re one of the few groups that says there are a lot of [Air Miles] collectors out there that want to redeem, and you’re the [agent] that they can redeem with – and only you.”

Life’s a challenge
Anyone that’s been in the travel business for at least 15 minutes knows that it’s an industry that has always faced more than its share of challenges. Some of those challenges can be managed by the industry, but others are simply outside of its control.
Boyer is quick to point to one of the most obvious challenges, telling Canadian Travel Press: “The way humans are built is a challenge because everyone likes to stay in their comfort zone because it’s easier. So change is difficult within our industry.”
She also pointed out that: “Recruitment is a challenge.
We need to find a new way to attract a new generation of agents. We’ve opened two branches in Ontario and we received plenty of resumes, but we ended up with agents without experience [or much experience], and it was quite refreshing because we [trained] them.”
A passion for travel
And she continued: “We’ve put more emphasis on the compatibility or engagement of the individual – the passion they have for travel – more than the diplomas they have. We train them. We educate
them. And it’s bringing a new way of seeing things out within our branches, and we are quite happy with that. But trying to recruit new travel professionals is a challenge.”
Another industry challenge is regulation, with Boyer noting that: “What’s difficult about regulation is we have different systems – TICO, OPC and BC’s travel regulations – and they are not similar across the country. Every region has its own rules.
We tend to manage the same everywhere, and we take the toughest one [system of regulation] and apply it everywhere.”
As for external challenges, she told CTP: “Well, everything can be a threat for our industry. I mean you’ve mentioned our friend to the south [Trump], but as well, there’s hurricanes – they’re not impacting the Caribbean so far, but you never know. So the weather, terrorism, pandemics – just name it – the economy – everything is impacting the travel industry. There is never a dull moment, I can assure you of that.” 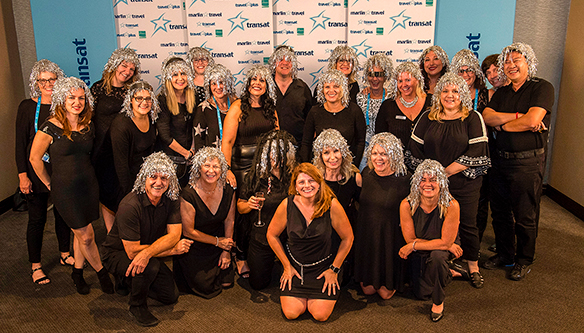