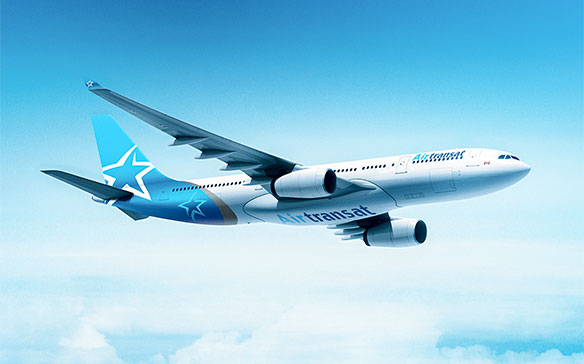 Transat may be facing fierce competition on several fronts, but the company is fighting back with a series of initiatives to boost efficiency, simplify operations and reduce costs.
According to company CEO Jean-Marc Eustache, Transat moves some 4.5 million passengers a year, including almost one million Europeans; it boasts revenues in the $3 billion range; flies to some 60 destinations, evenly divided between Europe and the South and employees a team 5,000 strong located in Canada, the UK, France, the US, Mexico,
the DR and Jamaica.
Speaking at a recent 30th-anniversary press conference, Eustache stated, “Our organization has reached this stage because it has been able to adapt to an ever-changing and increasingly competitive environment, and it has successfully evolved to rapidly respond to consumers’ needs and expectations when it comes to products, destinations, services, and costs.”
The long-time boss explained, “We rely on multi-channel distribution in both our physical and online networks because we want to reach customers any time and wherever they may be. We’ve also made substantial investments in e-commerce and mobility.”
And he pointed out, “To support our efforts, we have grouped all our products under two major brands: Transat and Air Transat. At one time, we had quite a diverse brand portfolio, but we’ve simplified it as much as possible to ensure maximum marketing impact.”
On the aviation front, Eustache noted, “We face increased competition in all of our markets, so we have adopted a fleet development strategy whereby we will soon operate an all-Airbus fleet, so as to boost efficiency, simplify operations and reduce costs.”
Between spring 2019 and fall 2020, Air Transat will take delivery of 10 long range A-321neo aircraft, which will replace the aging A-310 fleet. “These next-gen aircraft will have the range to cover Transat’s entire network efficiently and economically,” he told reporters.
Eustache showed he’s not afraid of competition in his major markets by revealing that Air Transat “is making money” by operating 13 Montreal-Paris flights a week in summer and seven in winter against two major competitors, as well as ten Toronto-London summer flights a week, reducing to daily in the winter against three competitors.
And he also revealed that the leisure carrier is running at a 94% load factor in the winter and 90% and more in summer.
When asked to share the secret of Transat’s ongoing success, Eustache responded, “Our customers are the focus of everything we do. The challenge is to get to know them well to serve them better, and we are doing exactly that by using increasingly sophisticated tools and by offering them the right product at the right price.”