Transat teaching agents all about its Europe offerings 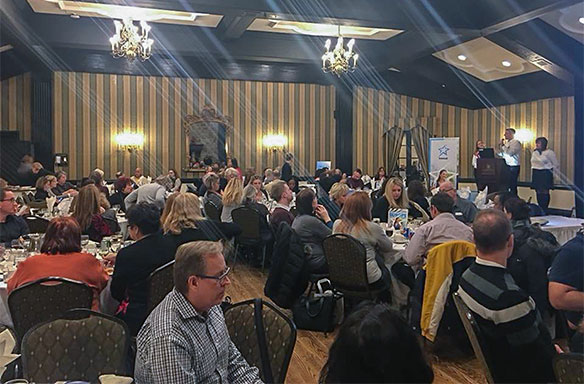 School’s in for travel agents wanting to learn about Transat’s Europe program.
The tour operator has begun hosting 12 workshops across the country this month, familiarizing attending travel agents with what it offers those wanting to see Europe.
Agents who attend the events won’t find any suppliers on hand, unlike Transat’s sun program product launches, notes Dan Prior, the company’s sales manager for Ontario and Atlantic Canada. Rather, they’ll be directly updated by Transat on what the Europe
program involves.
“For us, it’s more practical to do increased training. We’re focusing on our top-selling packages and tours. We’re really focusing on education,” Prior says.
“It’s a way for us to educate agents.”
Transat – which says its 2018 lineup is “sure to satisfy every type of vacationer” – offers some Europe destinations year-round, while others are seasonal. A program that uses Air Transat aircraft reaches a high point when 28 destinations will be available from Toronto.
Among European cities being served by Transat this year are Dublin; Malaga and Madrid, Spain; Bordeaux, Nantes, Toulouse and Paris, France; and Lisbon, Portugal.
The tour operator has more than 80 packages, including cycling trips in destinations like France, Portugal and Spain.
Transat Guided Tours features “strategically located hotels, experienced guides and a wide range of included options like selected meals and air-conditioned coaches.”
Your Way Tours are billed as “perfect for those who enjoy independent travel, but would rather leave the planning part of their adventure to someone else.”
Mediterranean and river cruises are also among Transat vacation options in Europe.
The tour operator hasn’t added any European destinations this year, but Prior notes that there have been changes to its program, with, among other things, more air seats added to that continent, in part because of Transat readjusting the use of its A330 aircraft, shifting some of those planes to routes where client demand has proven particularly strong. Transat also has A310s, which carry fewer passengers than the A330s.
Prior says Transat is also upbeat about a broadening domestic connecting program for its Europe-bound clients. Those clients living outside of Montreal and Toronto will pass through one of those cities.
Prior reports that Transat has again decided to offer Tel Aviv seasonally, a city it first began offering in 2017. New guided tours are available in both Tel Aviv and Jerusalem, which Prior says enable agents to build revenue on land products.
Although the 12 Europe presentations will end in February, Prior notes that in-house agency training that will see Transat business development representatives call at agencies to familiarize agents with what the company’s Europe program will be available in March.
Prior says the current presentations have waiting lists. Agents hoping to attend them should contact their business development representatives.