Into the Pearl of Africa 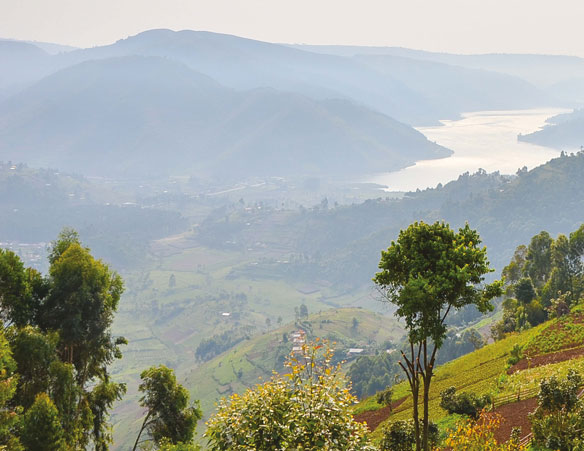 Story and photos by Ann Ruppenstein

Whether it’s the thrill of coming into close proximity of a lion, realizing the true grandeur of an elephant or witnessing the moment a leopard pounces on its prey, African safaris and guided walking tours provide a unique opportunity for travellers to experience wildlife in its natural habitat. 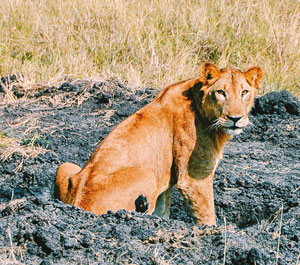 African safaris offer the opportunity to experience wildlife in its natural habitat.

From being home to the big five game animals to being one of only three countries in the world where it’s possible to virtually come face-to-face with mountain gorillas, Uganda offers an abundance of bucket list worthy activities for wildlife and adventure enthusiasts alike.
“Uganda was called the Pearl of Africa by Winston Churchill because of its uniqueness,” says Doreen Katusiime, permanent secretary for the Ministry of Tourism, Wildlife and Antiquities, The Republic of Uganda. “Uganda is right at the Equator, yet at the same time it has mountains that are snow capped. Uganda has the source of the River Nile, the second longest river in the world, there’s mountain gorillas, it’s quite a lifetime experience to see and interact with them, but it’s not just about the wildlife, but the uniqueness of the culture. We have more than 50 ethnic groups, each one with a unique culture so it is such a unique place to be. You can have experiences of a lifetime that you cannot get anywhere else in the world.”
For a small country – Uganda fits into Canada roughly 44 times – the East African destination boasts 10 national parks and packs a diverse amount of adventure travel activities like white water rafting in the White Nile, trekking for chimpanzees in Budongo Forest Reserve or a thrilling 144-foot bungee jump plunge over the Nile.

“We have 64 language and culture groups. We have lots of mountains, valleys and wildlife. We have the highest concentration of birdlife in the African continent – 1,067 bird species. From 30 minutes of every distance you actually encounter a variety of landscapes and geographical features, hot springs, crater lakes, lush forests,” says Stephen Asiimwe, CEO of the Uganda Tourism Board. “We have the largest population of mountain gorillas in the world, 54%, we also have the world’s largest concentration of primates, chimpanzees, baboons, monkeys. We have culture, history, heritage, the weather is great all year around – and the people are fantastic – we’ve been voted the friendliest people on earth.”
Although it was already more affordable to trek for mountain gorillas in Uganda’s Bwindi Impenetrable Forest than in Rwanda’s Volcanoes National Park, with the recent announcement that gorilla permits in Rwanda were increasing to US$1,500 as part of an initiative to further support conservation efforts, its US$600 price tag now makes it significantly cheaper to get up close and personal with a silverback in Bwindi. 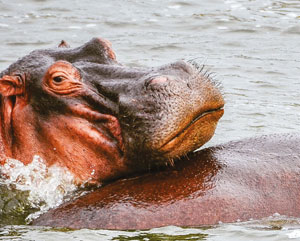 Hippos are just one of the many wildlife species abundant in Uganda.

At the Intrepid Group, which reports a 54% increase in North American bookings to Uganda largely fueled by new tour offerings in the region, the biggest draw for Canadian travellers heading to the destination is to visit mountain gorillas in the wild.
“Uganda is an incredible destination for sustainable wildlife tourism,” says Intrepid Group director Leigh Barnes. “Visiting the mountain gorillas is not only a bucket-list [item] for Canadian travellers, but it is an important way to support conservation of endangered species.”
Meanwhile at G Adventures, Chris Duncan, product manager, Africa, also notes the adventure operator’s tours to Uganda are selling well, with a yearover- year growth of 19% in Canada. Although he agrees the biggest reason for Canadian travellers to visit Uganda is to witness gorillas, he points out there are many other things to do.
“Walking in the rain forests to see chimps and other species of monkeys is also high on the list,” he says. “Many adrenaline junkies head to Jinja to raft the rapids of the White Nile, one of the best rafting day trip locations in Africa.” Furthermore, in hopes of attracting an influx of visitors, Uganda is investing heavily into growing its tourism and has new representation in North America with PHG Consulting.
“Uganda has put tourism as one of the five primary growth sectors,” says Katusiime. “It has great potential, especially in terms of creating employment because we have such a growing population, and more than 50% are youth, and they need to be employed. It is one of the highest potential growth areas of our country.”
According to Asiimwe, Canadians are the best kind of visitor because they have a long average length of stay and average spend, and represent a good volume and value proposition ratio.
“The Canadian traveller is very much a multi-dimensional traveller,” he says. “They like the wildlife, the nature, but they also like to mingle with the culture and touch base with the people. It’s more like a rainbow experience you have a multi-cultural engagement. Uganda is a very accessible country. We have over 18 international airlines. We speak English, so there won’t be a problem with the language. It’s a very easy sell, but more importantly, the experiences are pretty much a cocktail.” 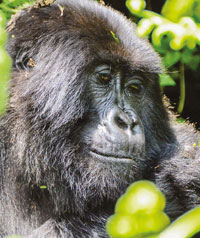 AN INTREPID EXPERIENCE
In total the Intrepid Group offers 13 itineraries in Uganda, ranging from four to 28 days in length. This year Peregrine Adventures, its premium operator, launched the Uganda Gorilla Expedition & Safari tour and Intrepid Travel now offers an exclusive four-day Uganda Gorilla Shortbreak.
“Uganda is experiencing fantastic growth for Intrepid Group in North America,” says Intrepid Group director Leigh Barnes. “The 54% increase in bookings is being fueled by both more product and now the great savings on gorilla trekking permits.”
Gorillas remain the biggest draw for Canadian travellers heading to the region, and Uganda’s Bwindi Impenetrable Nation Park is home to roughly half of the world’s mountain gorilla species. Along with supporting the local economy, tours and gorilla permits help conversations efforts for mountain gorillas and other endangered species.

SELLING TIPS
Chris Duncan, product manager, Africa at G Adventures serves up some selling tips for agents on getting clients interested in Uganda:
1) Trekking in the rain forests and spotting gorillas in their natural habitat is a once-in-a-lifetime opportunity, and Uganda is one of the few places to do it. Rwanda has recently increased the cost of their gorilla permits, so Uganda is a more affordable option at this point.
2) Being prepared with the right clothing and equipment for the gorilla hike is very important and can make or break someone’s experience. The people in Uganda are friendly and welcoming, which makes the whole trip enjoyable.
3) It is possible to combine Uganda and Rwanda, and head from the gorillas to Kigali (Rwanda), instead of going back to Kampala (Uganda). 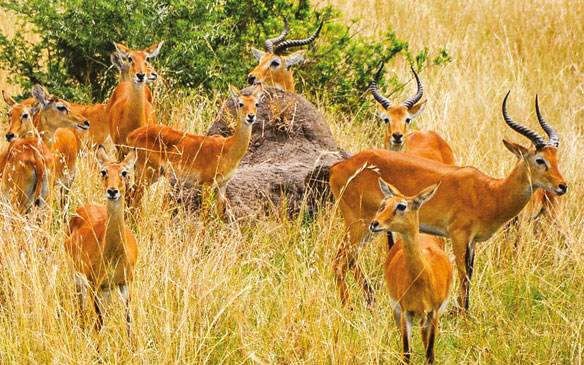