Canadian travel to Switzerland shows no signs of cooling off 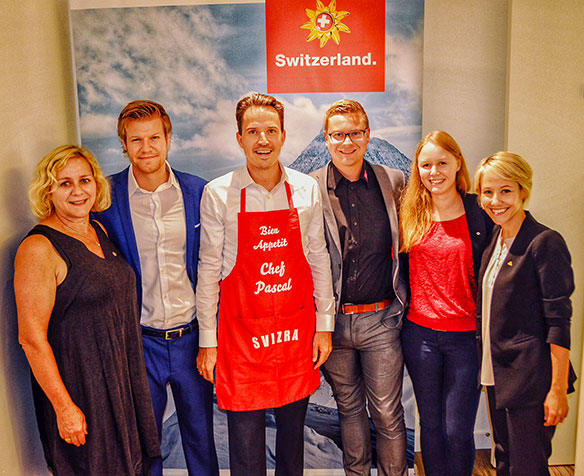 Coming off a record year with the best overnight results in a quarter of a century, Canadian travel to Switzerland shows no signs of cooling off. In fact, numbers for the first half of 2018 show a 3.9% increase in overnights and a 4.5% boost in arrivals, with Ontario, Quebec, and British Columbia being the strongest source markets.

To celebrate the continued growth and to launch the upcoming winter season, Switzerland Tourism recently held an après-ski style raclette dinner in Toronto to showcase what makes the European destination hot, like milder temperatures.
“Switzerland is cozy in the winter time, there are many multi-generational experiences that people can experience. Grandparents, parents and kids. Everybody will have a great time, nobody will be bored,” said Pascal Prinz, Director Canada and Trade Manager Central USA, as he greeted the trade at the intimate gathering. “In Switzerland, you get to go skiing and you get to have a beautiful tan without a frozen face. The après-ski,
being together, not being always on the phone, but talking to each other, looking each other in the eyes, it’s great. Togetherness rules.”
As for other reasons why Switzerland is a great winter destination, he pointed to the number of winter sports, its close proximity and affordability, Christmas markets, spa and wellness, winter romance, convenience, and maybe even some attractive ski instructors, he joked.
“We are the original. Winter sports started 150 years ago in Switzerland,” he said. “Switzerland is way more affordable than you might think. Ski lifts cost about half of what you pay in North America. It is very beautiful, and we have snow guaranteed, we have the highest ski resorts on average in Europe. There is going to be great snow.” 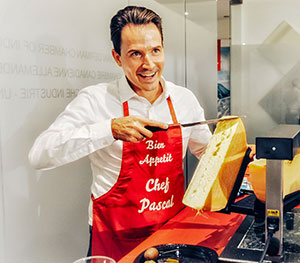 A winter wonderland
Several tourism partners were also on hand to provide updates on the latest things to do and what’s on offer in the destination. Nathalie Rothlin, manager markets for Interlaken Tourism, said there are a variety of adventure sports, skiing, paragliding and kayaking on the lake between high mountains that await visitors during the wintertime.
“What’s new to do in our region since this year, we have ‘backpack for fondue,’ so you find all the stuff you need for having a fondue out in the nature in a backpack, you can carry it, have a glass of wine, have the cheese, at your favourite spot – even on a winter hike or while skiing,” she said.
Meanwhile Samuel Bohren, sales manager for Schilthorn – Piz Gloria, said 2019 will mark the 50th anniversary of when James Bond skied down the nearly 3,000 metre-high summit of Schilthorn in the 1969 007 film On Her Majesty’s Secret Service.
“You can ski all along the slopes and just feel like James Bond, getting this beautiful view with a touch of James Bond… that’s the ultimate experience,” he said.
Some scenes from the film were also shot at the Piz Gloria, the restaurant located on top of Schilthorn, which serves up a daily James Bond Brunch.
As for the Matterhorn Region, director of sales and marketing North America Virginie Baerswyl Koulibaly said the biggest news is the Glacier Express Excellence Class, which is launching next March.
“This Excellence Class is really the premium experience on this slowest express train in the world, it takes eight hours from St. Moritz to Zermatt and everybody has window seats,” she said. “We have put it to the next level with four-course meals and afternoon tea. It’s a great experience for all mountain lovers and gastronomy lovers.”