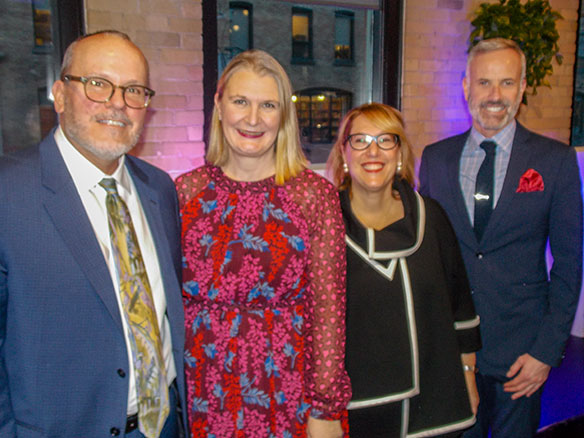 “Why do you travel?”

That’s a question that everybody is asking.
Well, VisitBritain isn’t asking anymore, instead it has been listening to the answers that Canadians have been giving it in response to that question and the result is its new marketing campaign – “I Travel For …”
The campaign was launched during the first full week of February to a select group of travel trade types in Toronto.
During the event, the tourism agency’s executive vice-president, Americas, Gavin Landry observed, “Canada is an important inbound tourism market for VisitBritain. Our new campaign aims to build on the growth we have seen in visits from Canada by showcasing that Britain is bursting with fun activities, new adventures and wonderfully unexpected experiences to discover all year-round.”
And VisitBritain has tailored the “I Travel For …” campaign to each of its markets as, obviously, the reasons that people offer for travelling differs from region to region.
In Canada, VisitBritain officials note that the key “I Travel For …” reasons offered by travellers here include Bliss; Food & Drink; Discoveries; Adventure; Surprises; and Meeting the Locals.
The campaign will officially roll out in Canada later this month across Facebook and Instagram and uses short films and storytelling to reveal “unexpected experiences” and “less explored” destinations in Britain, as well as the destination’s iconic landmarks and attractions.
Said Landry, “From Britain’s exciting and contemporary culture and living history to the vibrancy of our cool cities, from thrill-seeking adventures in stunning countryside to relaxing in areas of outstanding natural beauty, “I Travel For” wants to inspire visitors from Canada to book a trip right now.”
As part of the new campaign, VisitBritain will be working with commercial partners to “amplify” its marketing reach in Canada and convert the inspiration to visit into bookings, making it easier to access and explore the whole of Britain.
The Toronto event was hosted by VisitBritain with the British High Commissioner, Susan le Jeune d’Allegeershecque CMG and along with the launch of the new campaign, also showcased Britain’s food and drink in collaboration with the UK government’s Department for International Trade and the Scottish Development International.
www.visitbritain.com