Award Celebrates Canadians Who Elevate Jamaica In Their Communities 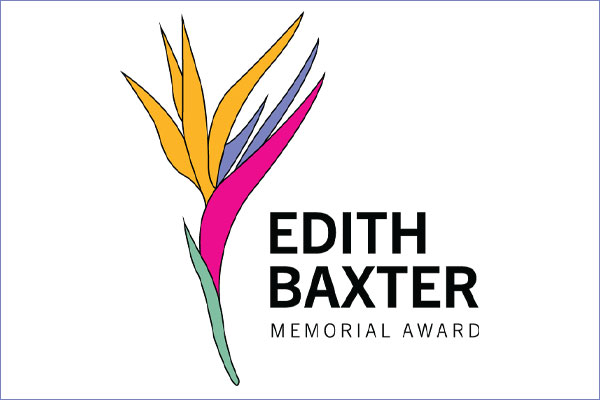 Founded in partnership between the JTB and the Baxter family, the commemorative award recognizes outstanding individuals who contribute to the positive advancement of Jamaica’s tourist industry and/or Jamaican culture within Canada.

Donovan White, Director of Tourism, Jamaica, said that: “Edith Baxter was a powerful voice in the Canadian publishing industry and a passionate advocate for Destination Jamaica throughout her accomplished career.”

White continued: “We are proud to honour her legacy through this new award program and celebrate Canadians who leverage their influence to elevate Jamaica in their own communities.”

In keeping with the spirit of the award’s namesake, the five nominees were selected based on their commitment to enhancing Jamaica’s tourism product and their dedication to advocating for Jamaican culture within Canada.

Bennett: “We were extremely impressed with all the individuals nominated for the 2021 Edith Baxter Memorial Award,” “Though it was a challenging decision, the judges selected five outstanding finalists who truly embody the spirit of the award through their efforts in promoting Destination Jamaica.”

Finalists will be honoured during a special Edith Baxter Memorial Award luncheon in Toronto on Thursday, September 30.

The final grand-prize winner will be revealed during the event and will receive an all-inclusive trip for two to Jamaica courtesy of award partners Sandals Resorts and Air Canada Vacations.

The finalists for the 2021 Edith Baxter Memorial Award are:

* Mary Long Bishop: A long-time community activist, Mary has spent her life championing Jamaican culture. When Mary moved to Milton in 1974, she established a Jamaican booth at the annual Milton Festival of Countries designed to showcase the island’s distinct food, reggae music, and vibrant culture. She went on to become the first black person appointed to Milton town council in 1989 and ran several small businesses in the area, including a Jamaica-themed gourmet gift basket service that introduced Caribbean products to the greater Toronto community. As a dedicated philanthropist, Mary has hosted numerous Jamaica Night fundraising events over the years and has raised tens of thousands of dollars to build the Milton Leisure Centre, fund repairs for Jamaica’s Princess Margaret Hospital in St. Thomas parish following a devastating hurricane, and to purchase ultrasound equipment for May Pen Hospital and the Jamaica Cancer Society through the Daphne DaCosta Foundation.

* Natasha Borota: Natasha is frequently described by her peers and colleagues as a walking billboard for Jamaica. As president and CEO of marketing and events agency the It Factor Ltd., Natasha plays a significant role in spotlighting Jamaican culture in Toronto through her business endeavours, countless volunteer hours, and expertise supporting the Helping Hands Jamaica Foundation (HHJF) towards creating a world-class education system in Jamaica. Natasha has been a leading member of the HHJF team since 2015 and has organized numerous fundraising programs and events in Canada, including the annual Jam-walk 5k Walk & Brunch and the Jamrock Gala in Toronto. Along with her small team, Natasha has managed and participated in approximately a dozen school builds on the island and is currently involved in developing the new HHJF Path to Education Program supporting children in a more direct way, including a mentorship platform between youth in Canada and Jamaica.

* Fiona Bowen: A consummate travel professional and humanitarian, Fiona promotes Jamaica professionally and personally by synthesising her firsthand knowledge of the tourist industry and memories of her happiest days growing up on the island. Fiona has served as Membership Manager, Western Canada, Ontario & Atlantic for the Association of Canadian Travel Agencies (ACTA) since 2009 and has been actively involved with the retail travel community. She demonstrates a strong passion for the industry and Destination Jamaica and she is also one of the co-founders of non-profit group Giving Jamaica Chances, which helps to support education for disadvantaged youth in Jamaica.

* Wayne Noseworthy: Commonly known as “Mr. Jamaica” among his tourism colleagues, Wayne demonstrates an enduring enthusiasm for Jamaica that has helped bring Canadians to the island for over 20 years.  As a long-time Product Director for the Caribbean since 2001, Wayne has been a key player in expanding the My Travel/Thomas Cook UK (Sunquest/TravelBrands) portfolio of Jamaican properties within Canada. He opened new ground in the market and leveraged his industry relationships to support and grow business in all levels of hotels, from budget up to luxury, and is currently involved in the villa market. In 2005, the Governor General of Jamaica presented him with the prestigious Blue Mountain Award for his contributions to the growth and development of tourism in Jamaica.

* Donnovan Simon: As President of the Jamaican Canadian Association Alberta (JCAA), Donnovan uses his strong leadership skills to promote Jamaica’s tourism sector, broaden awareness of Jamaica as a tourist destination, and to spotlight Jamaican culture in Calgary and beyond. He has exposed Albertans to the distinct culture, music and cuisine of the island through the JCAA’s annual Taste of Jamaica cultural showcase. He has been a major collaborator in providing promotional all-expenses-paid vacations to Calgarians, giving them the opportunity to experience Jamaica first-hand. Donnovan also currently hosts a weekly Facebook live event titled “What a Gwaan” where he has featured Jamaican panelists who expose viewers to Jamaican culture and encourage travel to the island.