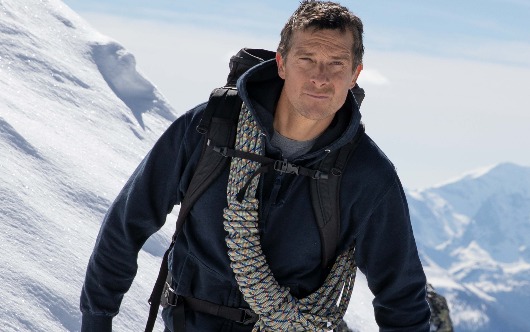 Cunard has announced its new line-up for Alaska 2023’s Cunard Insights enrichment program with one of the most recognized faces of outdoor adventure, Bear Grylls OBE, headlining the season.

Grylls will be joining Queen Elizabeth’s maiden 2023 Alaska voyage, departing Vancouver on June 8 (Q320), where he will share his experience as one of the youngest-ever climbers of Mount Everest, bestselling author, TV presenter and all-round adventurer.

This voyage will mark the first time Grylls has returned to Alaska since his memorable visit with the then-President of the United States, Barack Obama, in 2015 – and his first appearance ever speaking on a cruise ship.

Guests aboard this 12-night voyage will be able to experience all that the Queen Elizabeth has to offer while cruising past the breath-taking Alaskan landscape. Highlights include the Glacier Bay National Park, Tracy Arm Fjord and the magnificent Hubbard Glacier.

Queen Elizabeth will sail six further voyages from Vancouver throughout June, July and August, visiting a number of superb ports, including Skagway, Juneau, Anchorage and Sitka.

These experts include British mountaineer Kenton Cool – who has summited Mount Everest 15 times, including leading Sir Ranulph Fiennes and Ben Fogle in their respective expeditions, Ann Daniels – one of Britain’s leading Polar explorers and the first woman in history to ski to the North and South Poles as part of an all-women team, and Felicity Aston MBE – Polar scientist turned Explorer, award-winning author, TV presenter and world-record holder for being the first woman to ski alone across the Antarctic. One voyage will feature British maritime archaeologist Mensun Bound, who has led some of the most famous shipwreck discoveries, including the discovery of Shackleton’s lost ship Endurance earlier this year in Antarctica.

Sture Myrmell, President, Carnival UK, said: “We’re delighted to welcome all of our world-class adventurers onboard next year for yet another fantastic enrichment program. There’s no better way to experience Alaska – one of the most magnificent places in the world – than aboard the magnificent Queen Elizabeth!”

Go to www.cunard.co.uk for more.