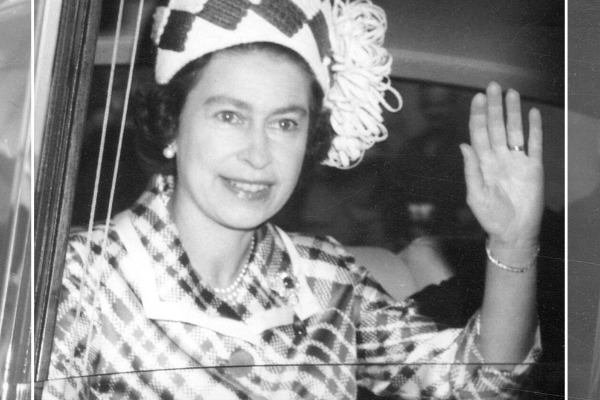 Simpson said: “The Queen has been the most incredible force for good. She won the hearts and respect of people and nations around the world. Our sincere condolences to the Royal Family and our heartfelt tribute to Her Majesty the Queen for a lifetime of devotion and dedicated service.”

And Marketplace Excellence also offered its condolences. In a statement, it said:

“With deep condolences to her family and the people of the United Kingdom of Great Britain and Northern Ireland, and the Commonwealth, we mourn the passing of Her Majesty Queen Elizabeth II.

“It was during her reign that many Caribbean countries were granted self-government and independence, and that will, understandably, be a significant part of her legacy for many in the region who choose to remember her with fondness.

“While some harboured mixed (or negative) views on the role of the British monarchy in the colonization of the Caribbean region, others saw Queen Elizabeth as “godmother” of many Caribbean institutions.

“Over decades and generations, many of our region’s leaders pursued higher education in the United Kingdom and legions of others found paid employment sufficient to raise families and start thriving enterprises. Countless others migrated to the U.K., establishing new outposts of the Caribbean Diaspora and making an indelible imprint on the daily life and culture of those places.

“At Marketplace Excellence, we remember Britain’s longest-reigning monarch as a steady figurehead who reigned during a turbulent and tumultuous period for the kingdom and the Commonwealth of Nations.

“Today, our Caribbean connection to the U.K. is long and strong. Our destinations, including former colonies and current territories, continue to attract millions of British visitors year-round with our inimitable and beautiful people, culture and natural resources. We know the queen cherished the warm welcomes she received when visiting the Caribbean, especially those from the legions of smiling, cheering and waving children.

“As we reflect on the past, we recognize and honor Queen Elizabeth’s decency, her dedication to numerous charitable endeavors, and her unassailable dignity, and we look forward to renewed historical, cultural and economic ties with the United Kingdom.

“We begin a new era blessed to have witnessed and benefited from this exceptional example of a hardworking, dignified global leader who devoted her life to the service of others.

“May she rest in eternal peace.”

The Commonwealth Secretary-General also offered a tribute to Her Majesty Queen Elizabeth II in a statement:

“It is with the greatest sorrow and sadness that we mourn the passing of Her Majesty Queen Elizabeth II. After a long life of faith, duty and service, a great light has gone out.

“Throughout her reign, and seven decades of extraordinary change and challenge, Her Majesty was the epitome of duty, stability, wisdom and grace.

“Her Majesty loved the Commonwealth, and the Commonwealth loved her. During her reign she travelled more than any monarch in history, visiting every part of our family of nations. Between 1971 and 2018, she missed only one Heads of Government Meeting. Her devotion to duty was only matched by her skill as Head of the Commonwealth of Nations, always a generous host and consummate diplomat.

“In Her Majesty’s final Commonwealth Day message, she described our family of nations as “a modern, vibrant and connected Commonwealth that combines a wealth of history and tradition with the great social, cultural and technological advances of our time. That the Commonwealth stands ever taller is a credit to all who have been involved.”

“The growth and vibrancy of our modern Commonwealth is a credit to her and testament to her dedication, wisdom and leadership.

“In 1947, before she ascended to the throne, she stated that “Whether my life be long or short I will dedicate it to the service of the Commonwealth.”

“Her Majesty honoured that promise.

“In 1953, Her Majesty defined our family of nations as one which “bears no resemblance to the empires of the past. It is an entirely new conception, built on the highest qualities of the spirit of man: friendship, loyalty and the desire for freedom and peace. To that new conception of an equal partnership of nations and races I shall give myself heart and soul every day of my life.”

“Her Majesty’s vision for the Commonwealth at the beginning of her reign has been fulfilled, fuelled by her dedication and commitment. Inspired by her life of duty and service, the responsibility to ensure her vision endures is one we all now share.

“As the sixth Secretary-General of the Commonwealth, I will always be grateful for her warmth and kindness to me. Our interactions were a delight, and it was wonderful to see her passion and animation whenever discussing anything relating to the Commonwealth. Her long years of interaction and partnership with generations of world leaders and their people, particularly the young, gave her extraordinary insight, which brought ever-more life and meaning to her service.

“On behalf of the Nations and Citizens of the Commonwealth I express our profound sadness at her passing, our admiration for all that she was, and our enduring gratitude for all that she gave us. We send our prayers, love and heartfelt condolences to the entire Royal Family

“Hers was a life of service which will echo through the ages. We will be forever grateful.