U.S. Hits All The Right Notes 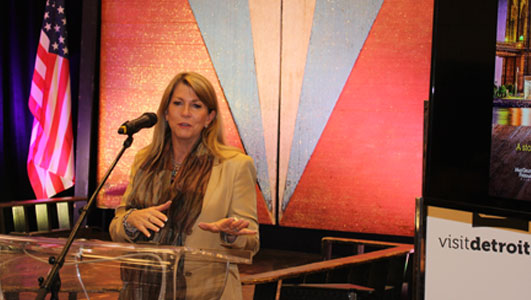 Music and travel go hand in hand, and as Anne Madison, Brand USA’s chief communications and strategy officer, says, “what a wonderful way of connecting people.”

Madison (pictured above) was in Toronto yesterday for a special Brand USA event – tied in with Canadian Music Week – in which travel trade personnel got a sneak peek of the organization’s second 3D IMAX film, America’s Musical Journey.

Narrated by Academy Award winner Morgan Freeman, the film follows Grammy Award-nominated singer and songwriter Aloe Blacc as he traces the roots of America’s music and follows the footsteps of Louis Armstrong through the colourful locales and cultures where America’s music was born.

The new movie is expected to repeat the success of National Parks Adventure – Brand USA’s first giant film that became the highest-grossing documentary film in the world in 2016. America’s Musical Journey will roll out internationally in more than 14 markets – including Canada (Ontario Science Centre) – with the goal on increasing visitation to the US.

Canada is the US’s top international market, with 19.3 million Canadians crossing the border south last year. Madison noted that Canadian visitation to the US is forecast to increase by 22% by 2022.

Attendees were also treated to a reception and performance by Blacc (pictured below).

For more, watch for the May 28 issue of Canadian Travel Press. 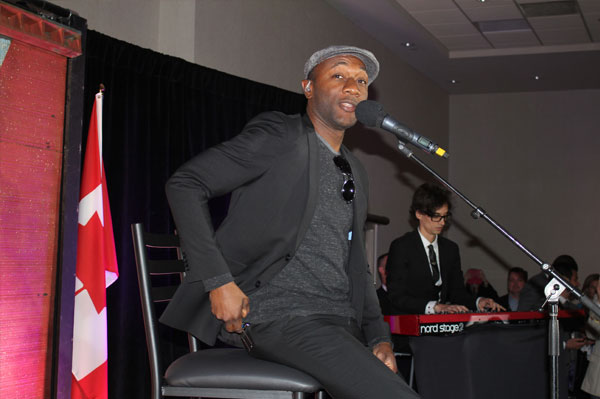 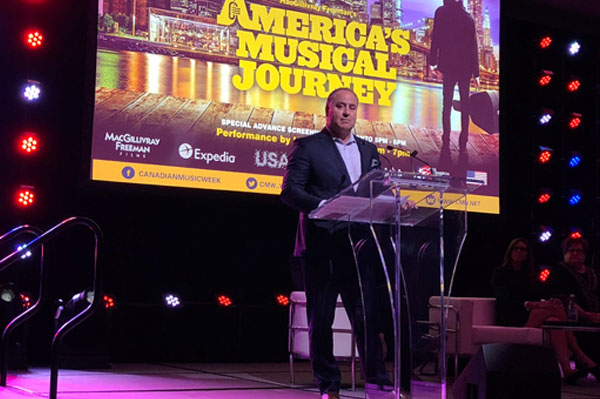