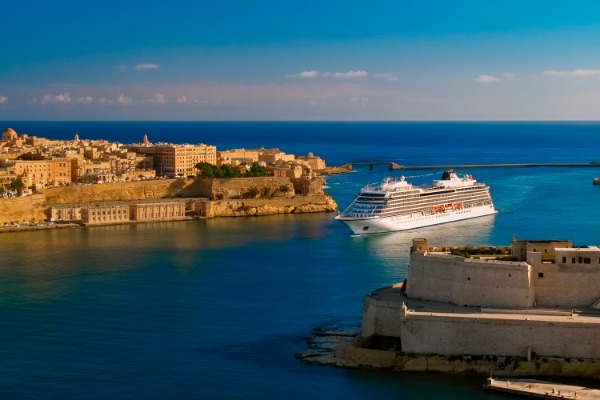 Beginning in July, Viking will expand its presence in the Mediterranean this summer, adding a third ship to sail roundtrip voyages from the Maltese capital city of Valletta.

With the addition of this new voyage, vaccinated guests now have three new options for experiencing the Mediterranean between July and early October 2021.

Guests on the Malta & the Western Mediterranean itinerary will overnight in Valletta and then sail to Sicily, Italy and Spain, calling in Messina, Naples (Pompeii), Civitavecchia (Rome), Livorno (Florence/Pisa), Genoa and Barcelona, before returning to Valletta.

Those on the Malta & Adriatic Jewels itinerary will overnight in Valletta and then sail to Montenegro and Croatia, calling in Kotor, Dubrovnik, Split, Zadar and Sibenik, before returning to the Maltese archipelago, with a stop on Gozo Island and finally back to Valletta.

Guests on the Malta & Greek Isles Discovery itinerary will also overnight in Valletta and then sail to Greece, calling in Kalamata, Athens, Santorini, Rhodes and Souda Bay, before returning to Valletta.

Previously, Viking’s had announced Welcome Back ocean voyages in England, Iceland, Bermuda and the Mediterranean, beginning in May 2021 – along with the restart of European river operations beginning in July 2021. Last week, Viking named its newest ocean ship, Viking Venus, and it is currently sailing in England with guests.