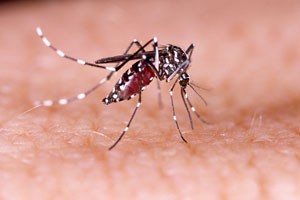 George D. Szigeti, president and CEO of the Hawaii Tourism Authority, has issued a statement to inform travellers and clarify the situation about the “state of emergency” regarding dengue fever declared by the County of Hawaii for Hawaii Island on Feb. 8.

“Travellers should not be alarmed by the County of Hawaii’s state of emergency declaration for Hawaii Island or allow this decision to alter their travel plans to any of the Hawaiian Islands,” said Szigeti. “This declaration is a good strategic move by the County of Hawaii, as it will provide government officials with additional funding and resources to eliminate dengue fever from Hawaii Island.

“It’s important to note that no health organization has advised against travelling to the Hawaiian Islands at any time since the outbreak of dengue fever on Hawaii Island. Travellers should also take note that Hawaii Governor David Ige has chosen not to issue a statewide emergency proclamation since none of the conditions for doing so have been realized.”

The Hawaii Department of Health is encouraging travellers and residents to visit its web site for the most up-to-date information about the situation and how to prevent mosquito bites – http://1.usa.gov/1WenVqx.

All travellers, whether visitors to the state of Hawaii or returning residents, are advised to consult with and advise their health care providers regarding their recent travel if they develop illness within two weeks of their return home.