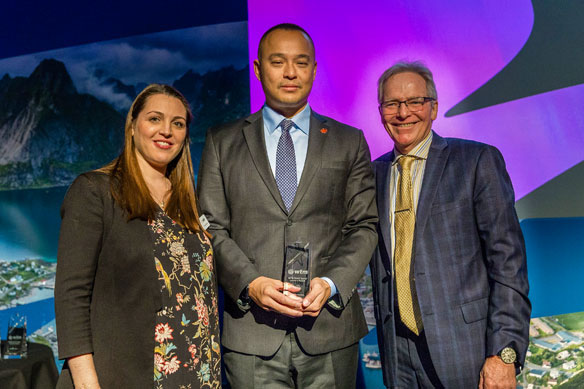 Air Canada scored a major victory at this year’s World Travel Market, picking up two major awards in one day at the London event.

AC senior director of commercial strategy Tim Liu was presented with a World Travel Leaders Award in the afternoon on Nov. 6 and that same evening two of his colleagues raised the grand prize at the first awards ceremony recognizing outstanding contribution to the global industry. 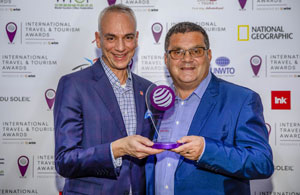 Nominations for the afternoon event were submitted by WTM’s 10 official media partners, who were asked to forward the names of companies and individuals that have made significant and ground-breaking contributions to travel and tourism over the last 24 months.

Three nominations from each of the partners, including Canadian Travel Press, were judged in September by an independent panel of senior industry experts which gave the nod to AC.

On hearing the news Liu stated, “Air Canada is delighted to receive such recognition, and we would like to thank Canadian Travel Press for nominating us. It is particularly gratifying as we have invested significantly to expand our international network to establish ourselves as a leading global airline.
“We are especially pleased that our very important travel agency partners recognize and are appreciative of our efforts.”

That evening, at a glittering dinner event with a full house of more than 500 senior industry professionals in London’s trendy Docklands area, Air Canada was named as the overall winner from among the afternoon finalists.

The carrier’s award was presented at the inaugural International Travel & Tourism Awards (ITTA) for “outstanding contribution to the industry” and, following the event, ITTA co-founder Charlotte Alderslade stated, “The ceremony was a celebration of the best-in-class for the travel and hospitality industry. It was a great night.”