Disney wants the ‘Force’ to be with you 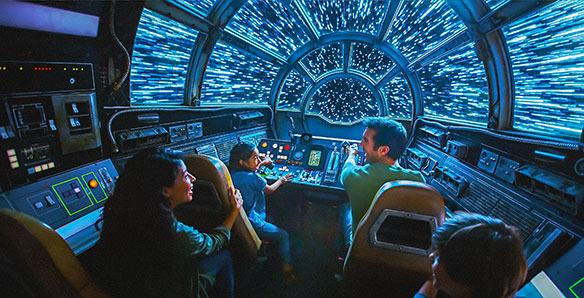 Disney is set to open its largest single land expansion ever – the highly anticipated “Star Wars: Galaxy’s Edge” – ahead of schedule at Disneyland Park in California on May 31 and at Disney’s Hollywood Studios at Walt Disney World Resort in Florida on Aug. 29.

Disney officials brought their “Discover the Magic Tour” to Toronto April 15, a comedic-style show/travel trade event where they hosted about 200 travel agents, many clearly big fans of all things Mickey.

The evening, hosted by Disney entertainers Shawn and Sharon, featured dinner, an informative presentation on all Disney products and giveaways, as well as a special appearance by Mickey and Minnie and several other Disney characters.

But, back to Star Wars. On opening day for phase one, guests will be transported to the remote planet of Batuu, full of unique sights, sounds, smells and tastes. Guests can become part of the story as they sample galactic food and beverages, explore an intriguing collection of merchant shops and take the controls of the most famous ship in the galaxy aboard Millennium Falcon: Smugglers Run.

Phase two, opening later this year, will be Star Wars: Rise of the Resistance, an ambitious, immersive attraction which will place guests in the middle of a climactic battle between the First Order and the Resistance and that will “blur the lines between fantasy and reality.”

Because of anticipated high demand to see the Star Wars land at Disneyland, Claire Bilby, senior vice-president of sales, services and events for Disney, explained that for the first three weeks, guests will need valid theme park admission and be required to make a no-cost reservation, subject to availability. Information on how to make a reservation will soon be available at Disneyland.com and the Disney Parks Blog.

“I assure you that there’s no better operating team working on this,” said Bilby. “I promise we’ll be getting the word out soon.” 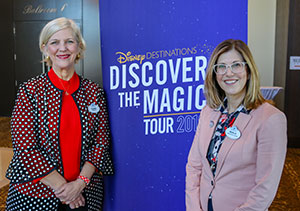 Guests staying at one of the three Disney-land Resort hotels will receive a designated reservation to access Star Wars: Galaxy’s Edge during their stay (one reservation per registered guest); valid theme park admission is required.

While Stars Wars may be dominating Disney discussions these days, Bilby said there’s much more on the docket, including the continuing celebration of Mickey Mouse’s 90th anniversary (#NowMoreThanEver).

Projected to open Dec. 16 at Walt Disney World Resort is the new Disney’s Riviera Resort, the 15th Disney Vacation Club property which will “immerse guests in the grandeur and enchantment of the European Riviera.” Sales are open.

At Disney World’s Epcot, the final showing of “IllumiNations: Reflections of Earth” will take place on Sept. 30, with “Epcot Forever,” a new nighttime spectacular debuting on Oct. 1 on World Showcase Lagoon. The limited-time show will be a celebration of the past, present and future of Epcot, built around the magical soundtrack guests have come to know at the park.

The new show will feature fireworks, lighting, lasers and choreographed, special effects kites, accompanied by a collection of songs that paints a colourful picture of Epcot.

Coming this summer to Disney Springs at Disney World Resort is the new NBA Experience, which will officially open Aug. 12.

In collaboration with the NBA, Disney is developing NBA Experience – where everyday is game day – as a one-of-a-kind environment packed with 13 interactive elements and hands-on activities across 44,000 square feet and two floors.

“Agents play a key role [in what we do] and we couldn’t do it without you,” said Bilby, adding that Disney is working on developing special travel agent appreciation rates… so stay tuned.