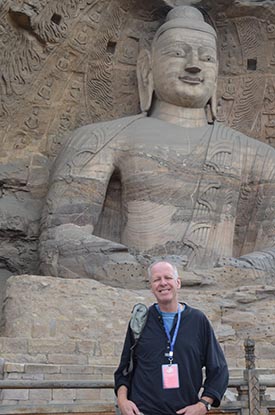 Under the umbrella
North American ski resorts assemble as one group
The assembly of 12 major ski resort destinations across North America within one umbrella group has recently been finalized, and given the name of Alterra Mountain Company. Alterra Mountain Company was created by KSL Capital Partners (owners of Squaw Valley Alpine Meadows) and Henry Crown and Company. They purchased Intrawest Resorts, Mammoth Resorts, and Deer Valley Resort in 2017… Read >>

Setting a course for sustainability
Tourism stakeholders seek to establish framework
A comprehensive, multi-layered agenda is in store for those registered for the upcoming IMPACT Sustainability Travel & Tourism conference in Victoria, scheduled for Jan. 21 to Jan. 24.
Over the course of the conference, attendees can expect a thorough schooling on a variety of sustainability issues, solutions and innovations, with an emphasis on their relevance to the Canadian tourism industry… Read >>

Asean Tourism forum heads for Chiang Mai
Thailand city boasts centuries-old pagodas, temples
The ASEAN Tourism Forum is just around the corner on the calendar, and the city of Chiang Mai in northern Thailand is gearing up to host the event. It will take place Jan. 22-26 and will serve to showcase the latest tourism programs and products in the 10 nations that make up the ASEAN (Association of Southeast Asian Nations) membership… Read >>

Vegas grows, Nevada benefits
Steady increase in international visitors
Las Vegas, the primary engine of tourism growth in Nevada, continues to rebound from the recessionary doldrums of past years, said speakers at a recent tourism summit.
“Las Vegas is reinventing itself again,” said Rossi Ralenkotter, the long time president/CEO of the Las Vegas Convention & Visitors Bureau. “The recession hit us hard, but we are coming back now.”.. Read >>

Waikiki
Waves of change
It’s a far different Waikiki that surfing pioneer Duke Kahanamoku oversees now, and hopefully, he would be pleased. The famous spokesman of the surf, whose statue borders the beach, would see that the last remains of a rustic Waikiki are long gone… Read >>

Tidal Changes
Eco and cultural tourism grows in Taiwan
For many travellers, Taiwan is largely defined by the retail/culinary attractions of the capital city, Taipei, with its busy, cosmopolitan environs. And, while that outlook is entirely valid, it fails to encompass the many other cultural and nature-borne aspects of this island at the top of the South China Sea… Read >>

Hawaii welcomes East and West at global event
Like the Hawaiian voyaging canoe that has circled the earth, the recent Global Tourism Summit in Hawaii brought a similar planetary outlook to the main stage of the Hawaii Convention Center. For the first time, the agenda of the Hawaii tourism conference was expanded to a more international audience than in past years… Read >>

Mainstream travellers motivated to visit Taiwan
A buyer market composed of non-Asian “mainstream” customers continues to slowly grow for Taiwan as a holiday destination, says Super Value Tours in Burnaby, BC. But it is still a work in progress, as English-speaking mainstream travellers in Canada increase their knowledge of Asia and discover the differences between major tourism magnets like China, Hong Kong, Japan, and Southeast Asia. “… Read >>

Mainstream travellers motivated to visit Taiwan
A buyer market composed of non-Asian “mainstream” customers continues to slowly grow for Taiwan as a holiday destination, says Super Value Tours in Burnaby, BC.
But it is still a work in progress, as English-speaking mainstream travellers in Canada increase their knowledge of Asia and discover the differences between major tourism magnets like China, Hong Kong, Japan, and Southeast Asia. “.. Read >>

Climbers reach inspiring heights at HMI
In search of adventure
Would-be mountaineers don’t have to look hard for inspiration when visiting Darjeeling, India.
This city near India’s northern border sits at 2,000-plus metres among the foothills and steeply creased valleys near the Himalayan range… Read >>

Booking sites block business with animal interaction operators
The film “Blood Lions” is no longer being shown at theatres, but the impacts of its world tour in 2016 have spread like a bomb blast. They are driving supplier bans by major booking sites and may even be affecting South Africa’s tourism image… Read >>

Wilderness with luxury in Utah
There is still time to see the sights of Utah under the summer and fall sunshine – while keeping the attractions of winter in mind.
The sprawling Zion Ponderosa Ranch in Kane County offers a very comfortable introduction to the Utah wilderness, with a wide selection of accommodation and activity choices. It covers 4,000 acres and borders the east boundary of Zion National Park… Read >>

Wildfires hurting tourism in the West
It’s been called the second worst fire season for BC on record, and tourism operators are amongst the many being impacted by wildfi res in the province. The wildfire season got off to an early start in 2017, with many blazes well underway throughout July. A long stretch of unusually hot and dry weather into August has yielded no rain, and there are now enough fires, combined with winds, to generate a smoke haze in Vancouver… Read >>