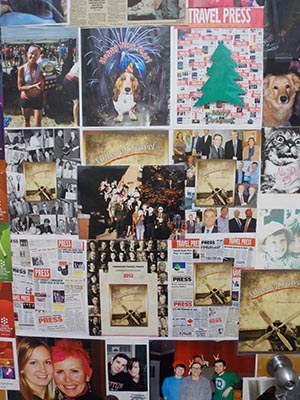 The Right Recipe
Transat has a taste for growth in Europe
It became pretty clear, pretty quickly that Transat Tours Canada is set on growing its business in Europe – during both the upcoming winter season and on into the summer of 2018.
In fact, Transat’s vice-president, national sales and commercial, Denise Heffron was quick to point out that in 2018,..Read >>

Ready for the bricks & mortar evolution
For the past 15 years, people have been telling Nathalie Boyer that traditional bricks & mortar travel agencies are simply not relevant and will soon disappear.
Well, it hasn’t happened and although Boyer, general manager of Transat Distribution Canada (TDC), is certainly keenly aware of the challenges the retail travel business faces these days …Read >>

Speak out… speak up
There are men who will listen… and support you…
Sexual harassment has been a topic of discussion in the travel trade media, at cocktail receptions and at other industry events of late. While the conversation has focused on the travel industry specifically, this is a behaviour that crosses all boundaries and, sadly, is one of the darker characteristics of the human condition. In this week’s issue of CTP, executive editor, Bob Mowat offers his personal comments on the issue…Read >>

Virginia takes it to a new level
‘Canadians love what we have’
At certain times of the year, Virginia Governor Terry McAuliffe says, you’ll see more Canadian licence plates on the state’s highways than Virginia licence plates.
Considering that right now, Canadians represent 51% of the state’s international visi-
tors that shouldn’t really come as a surprise…Read >>

Are You Being Served?
Air Canada gives agents new options with Liaison, GSU
In a move designed to provide better and faster support to home-based and smaller, independent agencies, Air Canada has rolled out Air Canada Liaison.
The self-service platform was launched earlier this year and is presently being used by over 100 agencies, and company officials are confident that its use by the agency community will continue to grow…Read >>

ACTA at 40
The industry’s voice – past, present and future
For those of you old enough to cast your mind back 40 years, you’ll remember that the Association of Canadian Travel Agencies (ACTA) was born at a time when the Canadian travel industry was looking to establish its own identity…Read >>

Taking care of business by taking care of agents
If there’s one thing that you’ll take away from a conversation with Denise Heffron and Nicole Bursey (pictured above) it’s that the company they work for is all about retail travel agents.
Heffron, vice-president, national sales and commercial and Bursey, commercial director for Transat sat down with Canadian Travel Press recently to talk about how the company has retained that agent-centric focus, while evolving into the business it is today…Read >>

Welcome to the Travel Universe
Lufthansa Group exploring new ways to create experiences
Since he took over as vice-president of sales, The Americas for the Lufthansa Group in January of this year, Tamur Goudarzi-Pour (pictured above left, with Lufthansa Group Canada’s Hans DeHaan) has been living in rather interesting times, having had to deal with the Trump Administration’s travel bans and its new rules for bringing electronics on board aircraft…
Read >>

Gary gets the whole pie
Many years ago, I sat down to interview Gary Sadler for the first time … and toward the end of the conversation, he delivered a line that just begged to go into a headline.
We were talking about all the things that Sandals was doing to help agents make more money…Read >>

Avalon charts active course for 2017
Luxury line sees double-digit rebound over 2016
These are busy days for Avalon Waterways.
Terri Burke, the river cruise line’s managing director (pictured above with Globus’ Patrice Geske (l) and Stephanie Bishop (r) at the Globus family of brands’ offices in Toronto), was in Toronto recently to update the trade on all of the new happenings on the company’s itinerary as it sails into the future… Read >>

There’s more to Florida than meets the eye
Ken Lawson (pictured above) isn’t shy about telling you that Canada is Florida’s No. 1 international market and that the Sunshine State is about to double-down on its activities here.
Lawson, who took over as president & CEO of Visit Florida in January of this year, was in Toronto this month to meet with key suppliers and let them know exactly how committed Florida is to the Canadian market… Read >>

Everything’s coming together for Portuguese carrier
TAP takes off
David Neeleman agrees that his involvement with TAP Portugal is something a little different for him. Neeleman has a track record of founding or being part of group’s launching low-cost carriers like WestJet, JetBlue (which he founded), Morris Air (which was sold to Southwest) and today, is the CEO of Brazil’s Azul Airlines… Read >>

California
Practicing the art of the possible in unsettled times
In unsettled times, whether it’s in business or on a personal level, sometimes the best way to calm things down is to reach out to your colleagues and friends for some reassurance.
And that’s exactly what a late spring visit to Toronto by a staggeringly large and impressively high-powered group of senior California tourism executives was all about… Read >>