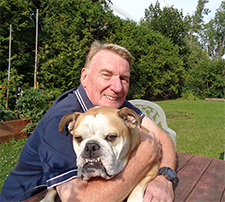 The Big Picture
“Aviation makes the extraordinary normal. Safely crossing continents and oceans in a matter of hours are amazing technical accomplishments that were unthinkable less than a century ago, and they happen reliably many thousand times a day.” – That was the upside comment by IATA director general Alexandre de Juniac in Geneva recently… Read >>

Get Ready for the revolution
IATA ready to transform agency settlement system
Almost a fortnight ago, IATA member airlines adopted resolutions for the full implementation of the New Generation of IATA Settlement Systems (NewGen ISS, for short) that is destined to completely transform the back-office processes between carriers and travel agents beginning next March… Read >>

Transat takes fight to competition
Transat may be facing fierce competition on several fronts, but the company is fighting back with a series of initiatives to boost efficiency, simplify operations and reduce costs… Read >>

Transat at 30
Bigger, better and on course to a bright future
In its 30th anniversary year, the Transat group has hearkened back to its origins as a small travel agency by recommitting itself to the retail travel trade. And the group is about to get bigger with the announcement that the development of a hotel chain is in the works… Read >>

Last-minute bookings hurting SMBs
Canada’s companies are spending too much on business travel because they’re chronically booking too late to take advantage of lower air fares. And the hardest hit are the companies that can least afford it. Those are the expensive conclusions drawn from a multi-year fare analysis conducted by Concur Canada… Read >>

Canada benefiting from Trump Slump
Almost a year to the day since the US public voted for Donald Trump to become their next leader, there are signs travellers are turning to alternative destinations, with Canada in particular benefiting from a ‘Trump Slump.’.. Read >>

It’s all about education
Nexion Canada has expanded its coaching and business development educational support as a key element in its commitment to helping members develop profitable businesses, according to the host agency’s London, Ont.-based president Mike Foster… Read >>

Why you should charge service fees
Quesnel, BC, travel agent Bernadette Parrott has a way with words. And she demonstrated as much at the recent CoNexion annual conference during a break-out session on the subject of service fees… Read >>

VisitBritain says Canada is GREAT!
Canada is set to play a key role in Britain’s drive to spread the inbound tourism load more equitably throughout a nation where the capital city currently accounts for 53% of all inbound spend; leaving 35% for the rest of England, 8% for Scot-land and 2% for Wales… Read >>

What’s next for Nexion Canada?
Host agency Nexion Canada is looking for significant membership expansion, including a possible move into Quebec, over the next couple of years and is banking on its brand-new technology platform to pique the interest of home-based retailers… Read >>

They did the right thing
A new study has shown conclusively that Florida state legislators made the correct choice when they overturned an attempt to axe public sector funding of Visit Florida. The Direct Influencer Study proved that money spent on tourism marketing is money well spent… Read >>

Florida governor Scott receives leadership award
A well-deserved honour
Florida’s governor has been honoured by the US Travel Association for his ongoing commitment to tourism, but largely for his protracted and ultimately successful legislative battle to maintain full funding for the state’s destination marketing organization… Read >>

Visit Florida ready to take back Canada
Visit Florida was “asleep at the wheel” while Canadian visitation submarined over 15 consecutive quarters, but a “major initiative” is in the works to kick-start a rebound after “taking the market for granted.”.. Read >>

What slump?
Canada–USA traffic continues to rise
So much for the Trump Slump!
The anticipated transborder visitor fall-off, fueled by opposition to the new president, has failed to materialize. To the contrary, the Canada–USA traffic count has risen for six of the first eight months since Donald Trump was elected last November… Read >>

Air Canada taking off to Tokyo from Montreal
B-787 Dreamliner service begins June 1, 2018
Air Canada’s $200-million investment in launching an upcoming direct flight from Montreal to Tokyo Narita next summer, along with the huge amount already spent since 2016 on 16 new routes to five continents, will almost certainly be mirrored with significant investment in terminal expansion at Trudeau Airport sooner than originally planned… Read >>

Canadian travel buying trends captured
Sorry, but we’re different
“Canadians are not Americans.”
That might seem blindingly obvious to readers of CTP but it was the key takeaway from a study of Canadian travel-buying habits outlined to a predominantly American audience of travel marketers at the recent Destinations International annual congress in Montreal… Read >>

Transborder contradictions
The bad news: Transborder travel in both directions declined in May. The good news: Both the north and southbound high-value air travel segments remained in growth mode… Read >>