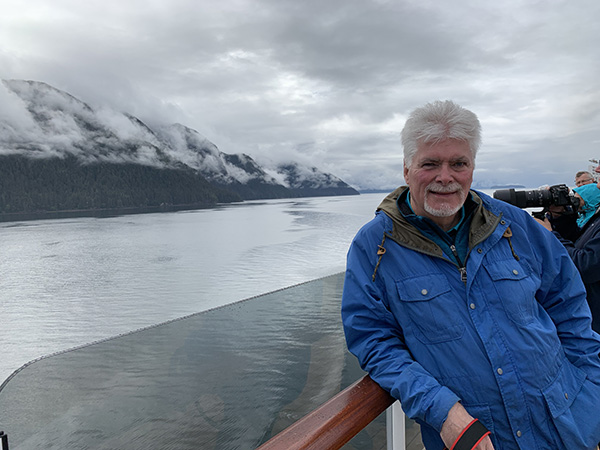 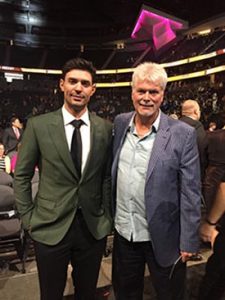 After more than 10 years working as a journalist in the newspaper industry, Greg joined Baxter Travel Media where he has worked for the past 25 years, currently as Assistant Editor.

During his tenure at Baxter, Greg has visited and written about more than 50 countries. Passions include photography, music, golf and a secret obsession with Words With Friends.

Greg is also a Toronto Blue Jays fan and having grown up in Brockville is an avid follower of the Montreal Canadiens, sorry Leaf fans. He even got to meet Habs’ star goaltender Carey Price (pictured) during a recent visit to Las Vegas for the NHL Awards. 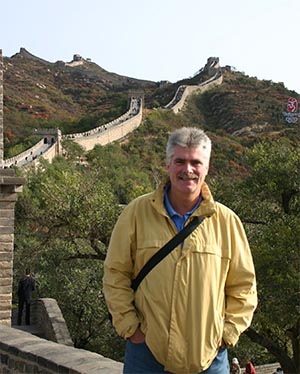 Best travel memories: Cunard Alaska cruise, going on safari and visiting the wineries of South Africa, cruising the Mediterranean with Crystal Cruises, taking part in the inaugural sailing of Uniworld’s S.S. Catherine, and getting to meet Prince Philip during a trip to Britain. 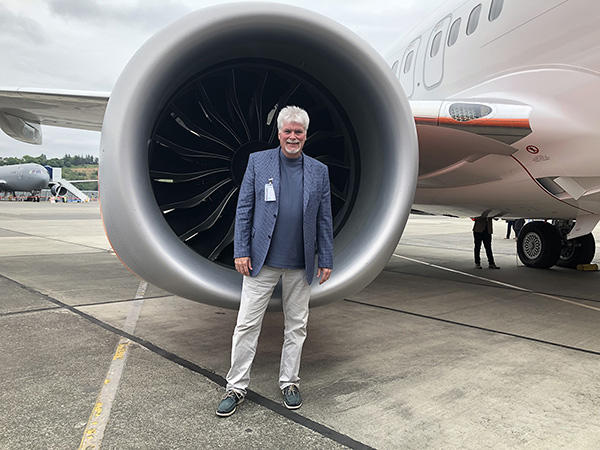 Karisma celebrates with top agent partners
Three high-profile openings on the way
Karisma Hotels & Resorts ended 2019 on a high, hosting more than 350 of its top producing agents and their guests from around the world in Mexico and sharing details of three upcoming high-profile openings… Read >>

KLM: 100 years and going strong
It was a celebration worthy of 100 years in the making as KLM Royal Dutch Airlines marked its 100th anniversary Oct. 7 with a huge celebratory event in Amsterdam… Read >>

One Love
CTO set to reinvent itself
With a diverse membership of more than 30 countries and territories, the Caribbean Tourism Organization (CTO) certainly has its challenges, as an organized body trying to focus on the entire region of the Caribbean as a single destination entity… Read >>

Cunard answers the call of the wild
Luxury cruise line Cunard is helping travellers tame their “call of the wild” with its return to Alaska after more than 20 years. And there’s no better way to experience the wonders of The Last Frontier than by cruise ship. And what better way to cruise Alaska than with Cunard?.. Read >>

Carnival steps up its support for agents
Carnival Cruise Line continues to expand its year-long “Why Use a Travel Advisor,” or WUATA, program dedicated to promoting the value of travel agents. Originally launched in May, Carnival has now expanded the program with the launch of WUATA.com, a WUATA brochure and an exclusive WUATA Facebook page… Read >>

Excellent adventure by Oregon
With such iconic landmarks as Mt. Hood, the Columbia River gorge – one of the top places in the world to windsurf – and Crater Lake, it’s no wonder Oregon is attracting adventure seekers like never before… Read >>

Cruising Alaska a Joy with NCL
Norwegian Cruise Line (NCL) has enhanced the joy of cruising in Alaska with the deployment of the newly “revitalized” Norwegian Joy to The Last Frontier, joining sister ship Norwegian Bliss. Joy recently completed its inaugural Alaska sailing from Seattle. While in Juneau, history was made as Norwegian Joy and Norwegian Bliss were united, as the ships swapped berths at AJ Dock… Read >>

Much-anticipated Star Wars adventure opens May 31
Disney wants the ‘Force’ to be with you
Disney is set to open its largest single land expansion ever – the highly anticipated “Star Wars: Galaxy’s Edge” – ahead of schedule at Disneyland Park in California on May 31 and at Disney’s Hollywood Studios at Walt Disney World Resort in Florida on Aug. 29… Read >>

Still cowboy cool
In the late 19th century, Fort Worth became an important trading post for cowboys at the end of the Chisholm Trail. Today, it is modern and one of the fastest growing cities in the US. The Texas city has come of age with many international art institutions like the Kimbell Art Museum helping put it on the map… Read >>

Travelbrands thanks agents, launches exclusive contest
TravelBrands kicked off a series of cross-Canada “Agent Appreciation” events on April 1 in Toronto, hosting approximately 700 Toronto-area agents and launching an exclusive contest for agents, all while showcasing the company’s latest changes… Read >>

Cunard puts Alaska back on the itinerary
Luxury cruise line Cunard has a soft spot for Canada – its founder Sir Samuel Cunard, after all, was a Canadian shipping magnate born in Halifax – and will this year and next spend more time in Canadian waters than ever before… Read >>

The Uniworld story continues
Luxury river cruise line set for major expansion
With five new Super Ships coming online between now and 2020, as well as exotic destinations to go with them, Uniworld Boutique River Cruises is once again raising the bar in the luxury river cruise category… Read >>

Consumer confidence high, 2019 looks positive
Full steam ahead for TL Network
A resurgence in the use and popularity of travel agents, as well as renewed consumer confidence, has officials at TL Network excited and looking forward to the
year ahead… Read >>

Sandals meets the unique needs of group travel
What’s a great way for an agent to pad their wallet? Easy, sell groups. And who better to sell groups to, and get help from, than Sandals Resorts International? Booking a group with Sandals has never been easier. The magic numbers are 5 and 3 – five rooms, three-night minimum… Read >>

Norwegian celebrates upcoming Hamilton-Dublin service
Hot on the heels of its inaugural Canadian flights out of Montreal, low-fare carrier Norwegian is set to launch its first transatlantic service from Canada with daily service from Hamilton, Ontario to Dublin, Ireland on March 31, 2019… Read >>

Welcome to the EDGE
A first look at Celebrity’s new flagship vessel
The first thing you’ll notice when seeing Celebrity Cruises’ iconic new flagship, the Edge, is the tangerine-coloured – not orange – Magic Carpet, an industry-first 90-ton platform that is cantilevered over the side of the ship… Read >>

‘Old Florida’ charm comes naturally in Sanibel, Captiva
No street lights, no buildings higher than three storeys (the height of the area’s tallest palm trees), 24 km of beaches, 40 km of bike paths and plenty of wildlife – but not of the crazy nightlife genre – all make for a perfect family getaway along Southwest Florida’s Gulf Coast… Read >>

Escape to the islands of Hawaii with Norwegian
Unique culture, outstanding outdoor adventures and some of the best beaches in the world – just a small sample of what this exotic destination has to offer. Aloha, welcome to Hawaii.
With the fireworks of the Kilauea volcano now a distant memory, tourism officials – and Norwegian Cruise Line (NCL) – are encouraging travellers that may have been scared off by the eruptions to come back and enjoy the aloha spirit… Read >>

Mazatlan: A historic colonial city on the beach
It’s a story of old and new – a colonial city, laid-back beach bars and perfect sunsets. From the Historic District (Old Town) with its cobblestone roads to the Golden Zone with its new eight-km malecón (boardwalk) to the nearby charming town of El Quelite, Mazatlan has it all, offering visitors the best of a two-world getaway – a relaxing beach vacation and an authentic, cultural Mexican experience… Read >>

Celebrity goes over the Edge with new flagship
It’s described as “the most anticipated ship of the year,” and with good reason as Celebrity Cruises’ new flagship, Celebrity Edge, is sure to be a game-changer in the industry… Read >>

Mariposa remains one of Toronto’s ‘hidden secrets’
With a fleet of six vessels, Mariposa Cruises – recently acquired by US-based Entertainment Cruises (see story below) – is keeping Toronto Harbour busy, taking visitors and locals alike out on the waters of Lake Ontario for the past 30 years… Read >>

Allianz helping get ailing Canadians home in ‘flying ICU’
It’s a flight you never want to have to take, but one that helps saves lives and one that Allianz Global Assistance Canada and partner Skyservice Air Ambulance International have been offering for more than 30 years… Read >>

Sunwing takes passenger comfort to new heights
Boeing 737 MAX 8 joins Sunwing fleet
Taking delivery of a new plane is always memorable, but add to this the ability to fly further and offer a better passenger experience, and you’ll understand why Sunwing executives are so excited to have two new Boeing 737 MAX 8’s in their fleet… Read >>

Texas gets it done
While 2017 numbers have yet to be released, Canada remains Texas’ second best international market, pushing the 500,000-mark for visitor volume in 2016, a number that is expected to increase by 11% by 2021… Read >>

Brand USA: Hitting all the right notes
Music and travel go hand in hand, and as Anne Madison, Brand USA’s chief communications and strategy officer, says, “what a wonderful way of connecting people.” Music is a key theme of Brand USA’s marketing strategies this year and next and the message behind the organization’s second 3D IMAX film, America’s Musical Journey… Read >>

NCL’s Bliss
A sure winner at sea
As the first cruise ship specifically designed with features and amenities for sailing in Alaska, Norwegian Cruise Line’s (NCL) new Norwegian Bliss is taking the cruise experience up a notch… Read >>

For TravelBrands, it’s all about agents
Coming off its strongest year in 15 years, TravelBrands recently wrapped up an Agent Appreciation road show, which included stops in Ottawa, Montreal, Quebec City, Toronto, Calgary, and Vancouver… Read >>

Symphony of the Seas
Dare to dream aboard
If bigger is better – and many certainly think that’s the case – then Royal Caribbean International continues to be tops at sea with the recent launch of Symphony of the Seas, the world’s largest passenger cruise ship… Read >>

Ontario: ‘The place to be’
Tourism Minister Daiene Vernile drops by Humber
The newly appointed minister wished students well, asking them jokingly to graduate soon, as they are needed in the field. “Stakeholders in the industry are looking for skilled staff,” she said. “Ontario tourism needs professionals like you.”.. Read >>

TL Network celebrates a year of accomplishments
Bleisure, Last Chance travel trending for 2018
Agents interested in where their clients’ interests may lie this year may want to look at what’s trending for 2018, according to Travel Leaders Network and Leisure Group president John Lovell.
This includes Bleisure travel (extended corporate travel trips), Sproup – a word coined by TL Network – and meaning special access, special perks for groups, and adventure travel (which does not necessarily mean climbing Mount Everest)… Read >>

RCI brings a Symphony to sea
A new mobile “frictionless” check-in system, the Ultimate Family Suite and one of the world’s largest sports bars are just a few of the unique features that Royal Caribbean International has revealed about its new Symphony of the Seas, set to be the world’s largest cruise ship when it debuts next April… Read >>

Open for business and ready to welcome you
The Caribbean is open for business and several tourism organizations have teamed up to get the word out with a $1-million marketing campaign and a new website – CaribbeanIsOpen.com .
The Florida-Caribbean Cruise Association (FCCA), the trade association representing the mutual interests of the cruise industry and destinations and stakeholders in the Caribbean,.. Read >>

On track with Barbados!
2018 all about cuisine, visitors advised to pack an appetite
Despite the devastating destruction caused by hurricanes Irma and Maria in some parts of the Caribbean, many destinations are just fine and welcoming visitors, a message Peter Mayers, Canadian director of Barbados Tourism Marketing Inc. (BTMI), wants to get out… Read >>